Gosh, I haven't posted any updates for a while. Well, lets see if 2010 is going to be better.

I can't really remember what I've been doing wargaming wise since last June. Main things would be:

Umm, that is pretty much all I can recall. Well, hopefully a fuller post next week. 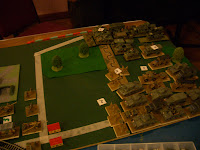 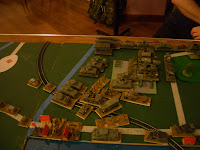 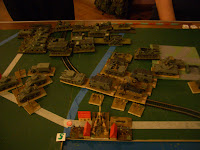 Operation Vitality. Poles and Canadians break through the German defences, then push up to the canal as the Germans fall back blowing the bridges. Finally having conducted a successful opposed river crossing, they press on northwards to cut off Walcheren Island.