Another plane kit off the Bring and Buy was this Zvezda JU-52, in the rather eccentric scale of 1/200th. Zvezda do this for all their bigger planes, and in some way it is a blessing as 1/144th scale bomber and transport planes are really, really big. 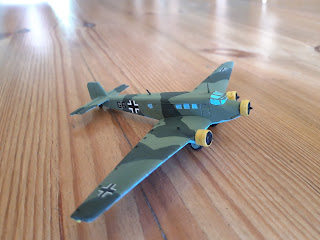 Here it is waiting for takeoff. I did it in early war splinter as per the box art. 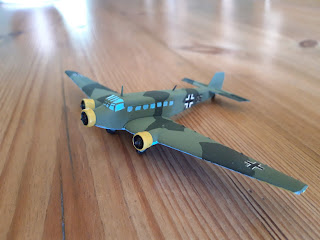 I painted over the canopy and picked out all the windows too. That was a labour of love... I did the cowlings in the bright yellow Crete scheme to brighten it up a bit. 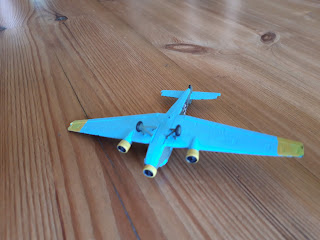 Underside was just light blue with yellow wingtip flashes. As usual I didn't bother with the decals. 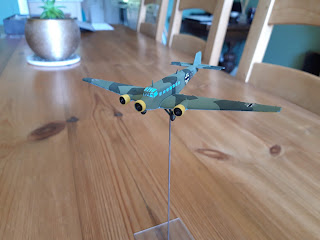 Another nice model. I'm not sure if/when I'll use it, but I expect it will come in handy for something.