I don't have much time for the appropriation of VE Day by little englanders and the current incumbent of 10 Downing Street, but the defeat of Nazi Germany end the end of the Second World War in Europe in 1945 is certainly something to celebrate. Hitler and his odious gang were dead or in prison, the killing had stopped and just around the corner was a Labour landslide and the creation of the NHS. A socialist vision which is busy saving all our lives today.

So, a spot of celebration is in order. 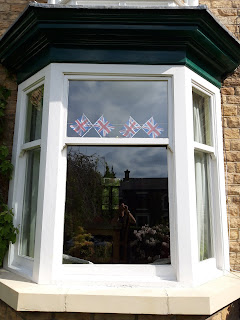 I did my best with the 'bunting'. Some flags tied together and held in the window with a bit of string. 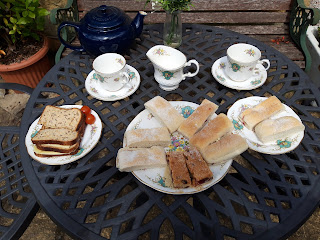 Mum and Dad remeber VE Day well, and this is a vague approximation of their VE Day tea. Marmite sandwiches, jam sandwiches, a bit of cake and a pot of tea. I'm not sure they had cherry tomatoes in 1945 but hey, ho. 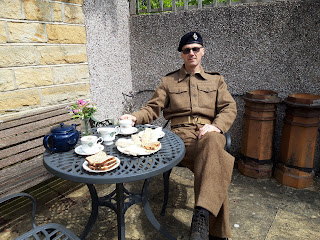 I got a bit dressed up for the occasion in my British re-enactment uniform. RTR beret and best belt with the brass freshly polished. We'd been planning on going to my nephews 1940s themed VE Day party, but obviously that isn't happening because of the lockdown. 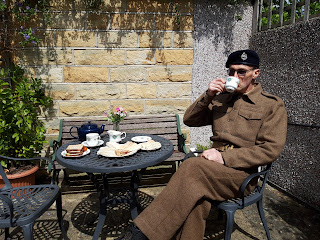 It seemed a shame to miss out on the opportunity to dress up, although it was a bit of a hot day for the full wool BD and wool shirt. At least I didn't also have the long johns on... 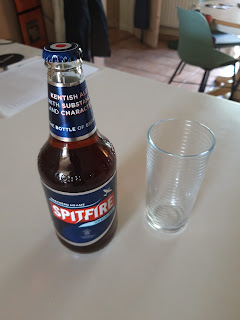 Time for some refreshing British ale.

Among other things, I am the custodian of our family's medals. One day I mean to get them properly mounted, but for now I did them hastily on some card backing. I am fairly sure the ribbons on the 1939-45 Stars are the wrong way round, but that is how they were given to me and I'm not going to start fiddling. I hope I got the order right at least. 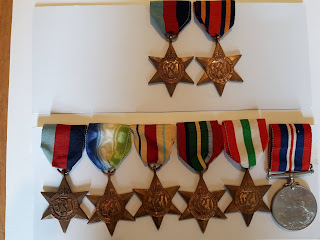 From top to bottom, left to right.

Tom is also eligible for the Arctic Star, as he served on the Murmansk convoys but we haven't applied for it yet.

I would like to thank everyone who took part in the titanic struggle to maintain our freedom, and in particular my relatives who served in the army, navy, air force (and ARP!).

A very special mention for Lance Corporal ESW Rapier, Royal Corps of Signals who lost his life in 1944 at the age of 32. 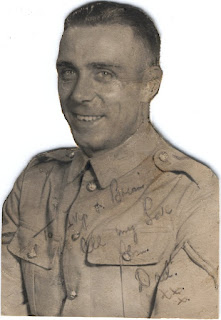