This game was run at Sheffield Wargames Club in June 2011 and covered the Soviet counterattack on 6th Panzer Division at Rasienie in Lithuania in the opening days of Barbarossa. 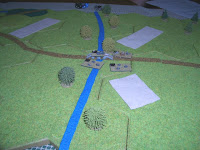 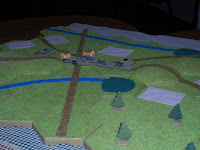 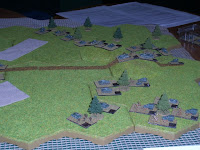 Hordes of Soviet tanks! Some 250 of them in the real battle, lurking in the woods north of the river. 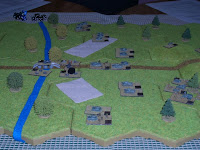 Soviet armour moves to attack the bridgehead behind an artillery barrage. 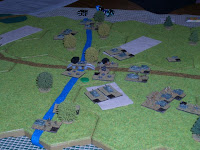 Soviets attack 6th recce Bn and cross the river to the north and south. 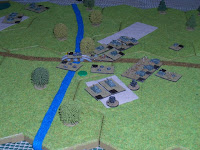 Things are looking a bit sticky for the recce troops. 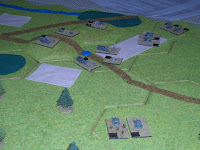 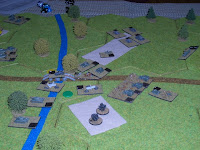 6th Panzer Regiment races to the rescue while losses mount among the recce troops. 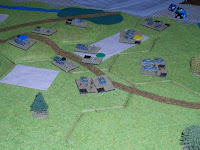 The German infantry start to waver. 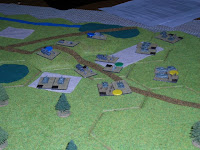 Some Soviet tank units also start to falter, although some German infantry have been overrun. 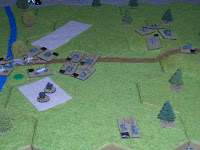 The panzers engage the Soviet tanks while fighting rages around the bridge. 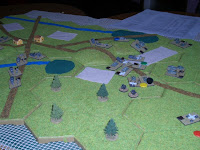 Heavy artillery and 88s arrive from the rear. 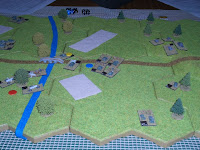 The recce battalion finally breaks and runs for cover, but the panzers continue to mop up. 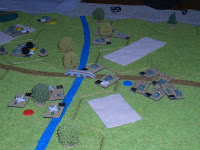 The Soviet attack falters as the panzers start to cross the river. 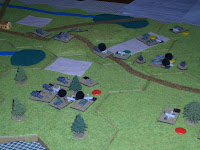 The Soviet attack finally grinds to a halt. A result pretty much in line with the historical one.