I went along to Partisan II on Sunday, along with the Wargames Development Team (North), to run our participation game on Roman politics 'Cursus Honorum'. I'd not been to the show at the new venue and I was pleasantly surprised by the hall at the Newark Showground. It was light and airy (despite the August day outside), and reminded me a bit of the EIS in Sheffield. The show is divided up into 'zones', participation, historical and display with traders around the outside. 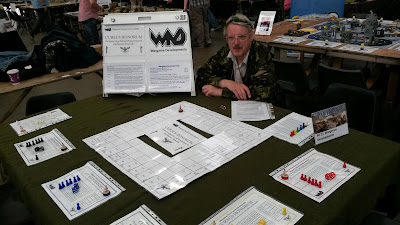 The WD table in the participation zone, John in attendance. Down in the demo zone there was amazing eye candy games. 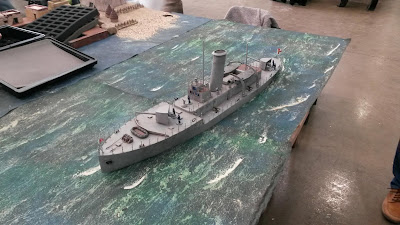 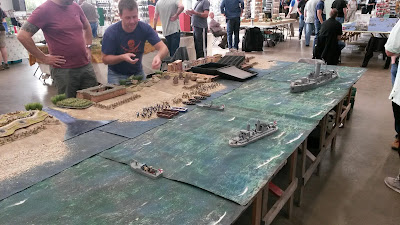 I was very taken with this WW1 African beach landing game, based on Tanga I believe. 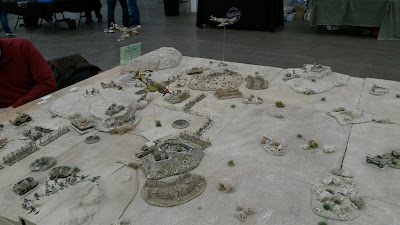 There was also this very nice Western Desert game. 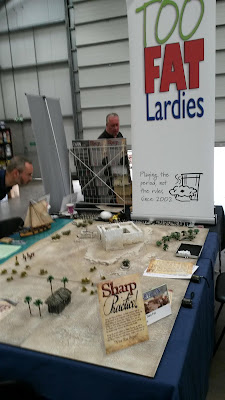 TFL running a Sharpe Practice session (there were a couple of other games being run using SP as well). 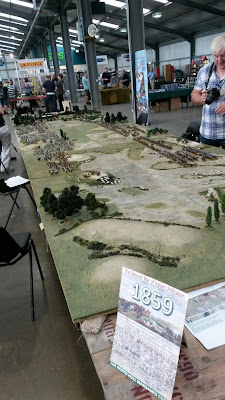 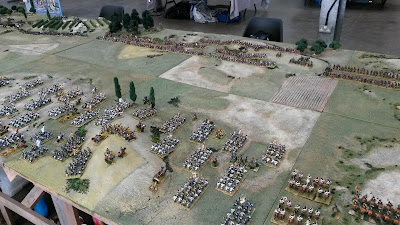 A magnificent 1859 game, rather grander than my 6mm efforts in this period! 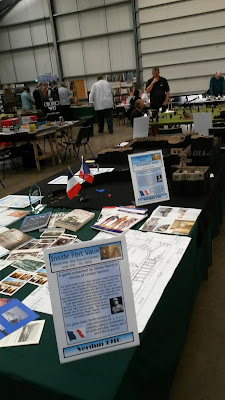 Down in the participation zone was an amazing game about the fighting inside Fort Vaux at Verdun. 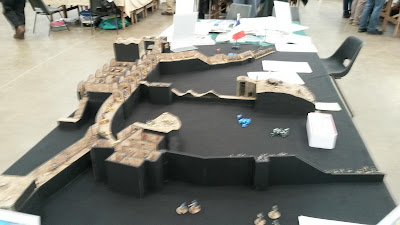 Unfortunately this picture of the overall layout is rather blurry. 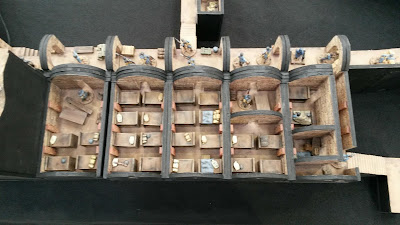 The inside of the French barracks. 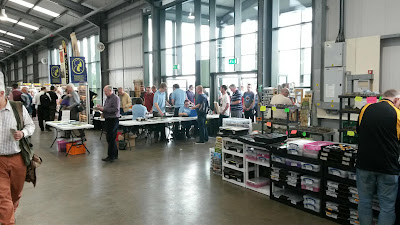 Considering it was August, the show was well attended. People coming in the main entrance at opening time. 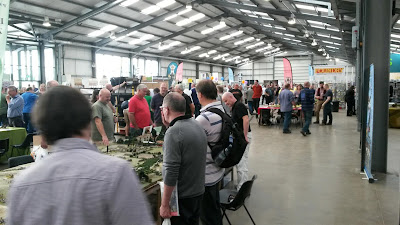 A general view of the hall. 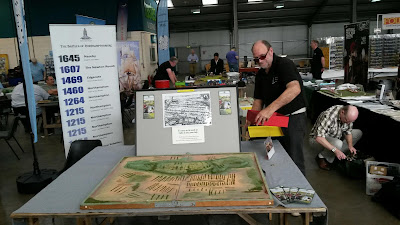 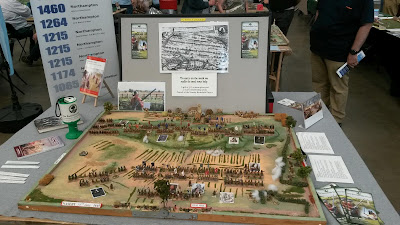 Phil Steele setting up his Naseby game for the Battlefields Trust. I played this at COW a few years ago. I though thte idea of putting the terrain on the inside of the folding pasting tables was a brilliant idea as it combines portability with protection. 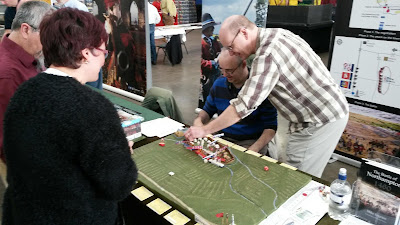 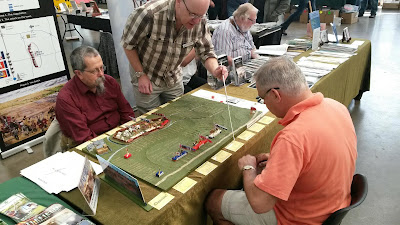 Highlight of the day was Graham Evans adaptation of the Waterloo 1815 mechanisms to play the Battle of Northampton. Very clever and inspiring as I have been scratching my head about how to adapt it for set piece battles in other periods. I managed to play it once(it is very quick) and Jerry played it several times.

Overall,  a very decent day out. Jerry thought the numbers were down on the earlier Partisan and we didn't have many takers of the game (half a dozen players in total) this time. It may have been a feature of the sheer number of games, but also ours was multi-player which may be have limited the interest. Next year we are looking at a single player game, which might work a bit better. It was very nice to catch up with lots of people I knew, and I'm looking forward to going back in future.

I had some moderate shopping success, getting some planned items, along with some unplanned ones (but as those Zevzda 1/100th boxes worked out at £2.50 each, they were virtually crying out to be taken away). The only slight disappointment was the catering, which didn't even have staples like Mars Bars (although I gather the breakfast bap was excellent). I'll know to pack more sweets next time.