As I was getting some L6/40s, I thought I might as well get some M13s too. I'm far less likely to use these, but I've come across some actions in Tunisia for which they might be suitable and they might see some action in German service. 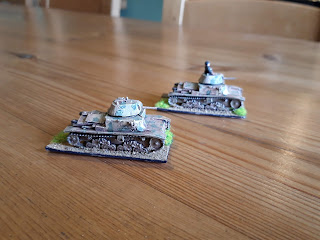 I got two of them along with the L6s. Obviously built by the same sculptor, these had a bit more flash but nothing serious. The tracks were one sided and like the L6s, very finely detailed. 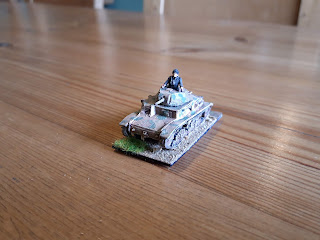 I thought one of them deserved a commander, this is a slightly bodged PSC Russian tank commander with a bit of gentle filing to make him look more Italian. 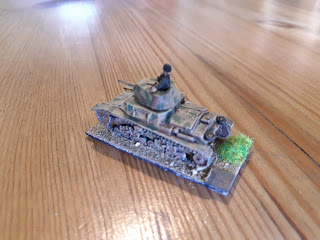 Quite a complex engine deck, and really quite a lot going on for such a small tank. Its Vickers design heritage is very obvious here. 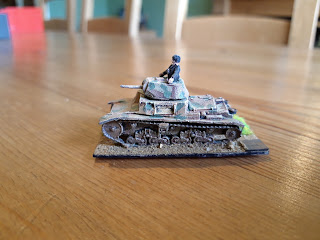 View from the side. The single sided tracks had a spacer moulded along the top so they sit at the right angle, what a clever idea, much better than locating pins or whatever.

I did these in sand with mid green disruptive camo which was very common for M13s. Some of the ones which served (briefly) in the Balkans were green, as were early ones shipped to the desert, but the sand/green is good for most theatres and most of the war. Topped off with mud, dust and an ink wash which blended it all in.