One thing the Germans need a fair bit of is AA capability. I picked up a couple of 15mm QRF German light AA guns a few years ago as I thought they might come in handy for something. 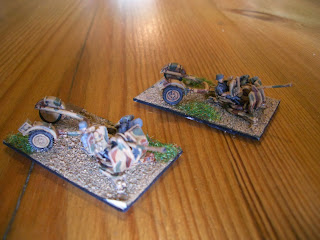 Here they both are, the come with a moulded on gunner plus a loader, as well as the transport trolley. I did toy with the idea of mounting the guns on the trolley as per Saving Private Ryan, but decided it was just silly. 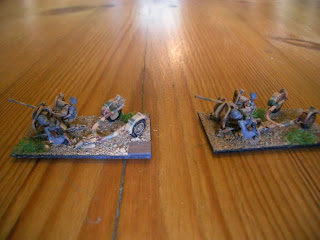 You can see the loader a bit better from the side. The gunner is moulded to his seat. 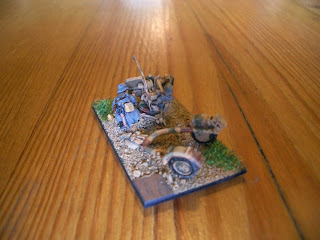 Nice detail from the rear. They were fairly easy to put together, I generally detest assembling metal guns, but these weren't too bad. As ever, there weren't any instructions but I only had to look at a coupe of photos to figure out where all the bits went. 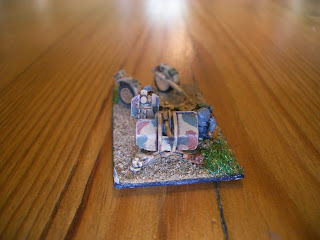 View from the front.

So, nothing earth shattering. They are nice little models and very affordable, like all QRF stuff. I did these in dunkelgelb and disruptive camo, but in hindsight I perhaps should have done them in field grey so they'd be good for the whole war. It doesn't really matter as I've yet to use them in a game, although just having them is reassuring.

I've got a scenario planned which will involve their use, so perhaps after their baptism of fire I'll repaint them, but there is no rush.