Berlin to the Baltic Part 1. The Cold War.

We recently went on holiday to Germany and cycled from Berlin to the Baltic via Poland, with some interesting historical encounters along the way. 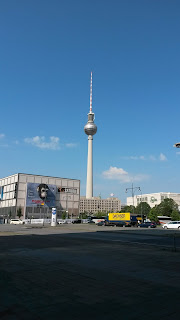 The Berlin TV tower, the DDRs brash statement of supremacy over West Berlin. 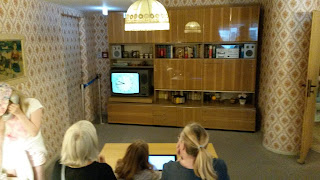 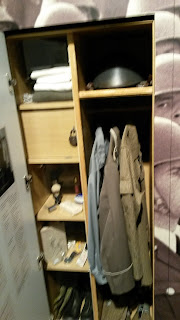 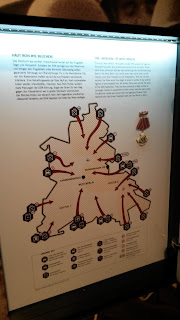 Some of the fabulous exhibits in the DDR museum, including the interactive East German flat, the contents of the NVA recruits locker and the Warsaw Pact plan for the invasion of West Berlin. The flat experience was hilarious, with broken lifts and animated views of the socialist utopia outside. 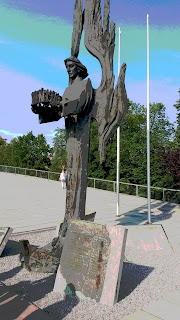 The monument to freedom in Stettin, which commemorates the 1970 uprising against the Polish government. I'd never even heard of this before, but it involved an attempt to storm the ex-Gestapo HQ just across the road, which became the Polish police HQ after the war. 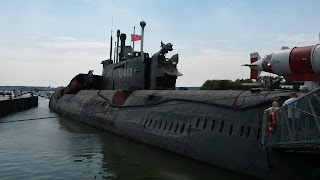 A rather beaten up ex Soviet sub moored in Peenemunde harbour. It was badged up as a 'U Boat, so I was rather expecting a WW2 era one, but I suppose they are all U-Boats.. 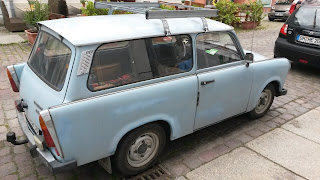 A Trabant still in use in Stralsund, rather than the tourist ones in Berlin. 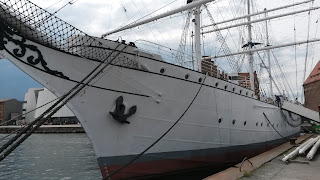 This rather fine sail training ship was sunk in WW2, but raised by the Russians and taken as a reparation. It ended up stranded in Newcastle after the collapse of the USSR and eventually made its way back to Germany and is now moored in Stralsund. 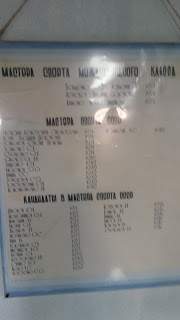 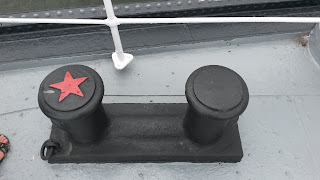 The Russians left a souvenir on the forward deck. 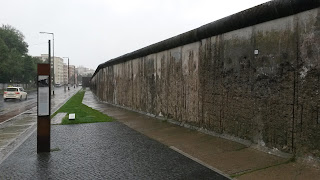 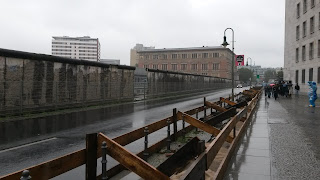 Various bits of the Berlin Wall that are still left. 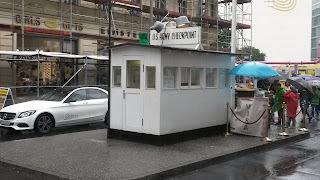 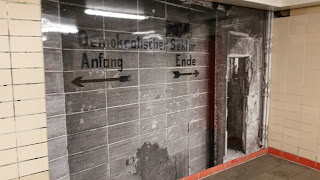 Entering and leaving the 'Democratic Sector' at Nordbanhof. 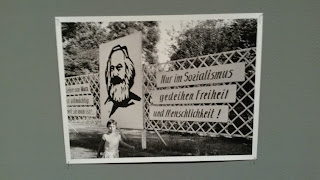 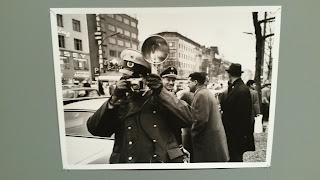 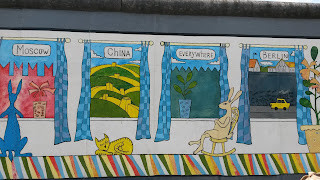 A rather more cheery bit of the wall at the East Side gallery.
Posted by Martin Rapier at 10:15