In October we were in to New York and I took some time out to visit the USS Intrepid museum, which includes an early nuclear missile sub, the USS Growler. 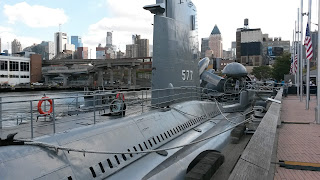 It is a decent sized diesel-electric sub built in the 1950s. 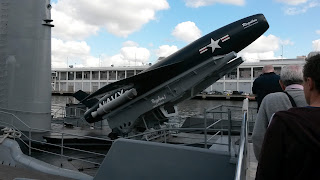 It carried four of these Regulus nuclear missiles. Essentially a guided jet plane with a nuclear warhead. The sub also had conventional torpedoes. 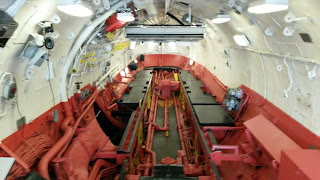 One of the two missile hangers. 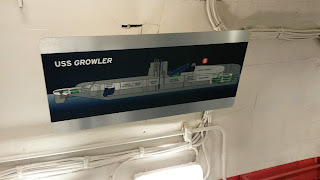 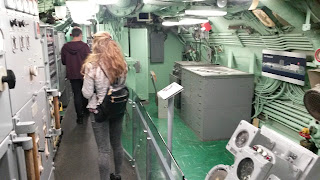 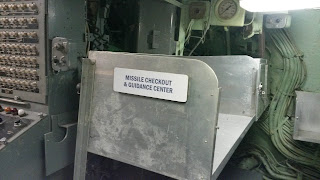 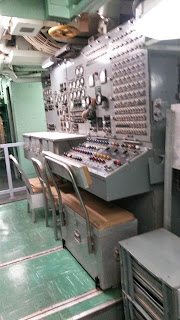 The missile guidance system. It used radar to direct it to its target, and the range was only a few hundred miles so the sub had to deploy quite close to Russia. The sub was supposed to be able to fire four missiles one after another, but the crews generally reckoned they would get one off before being located and destroyed. 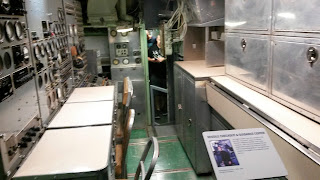 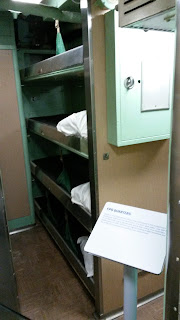 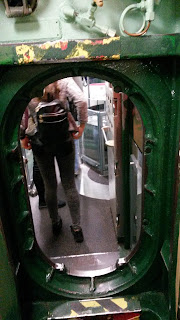 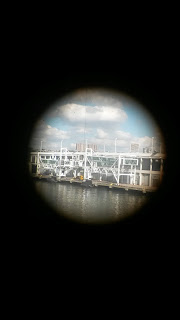 A view through the periscope! 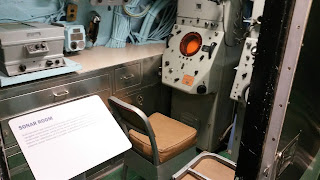 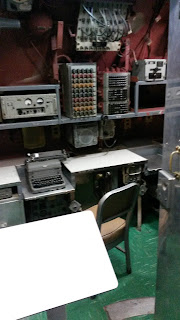 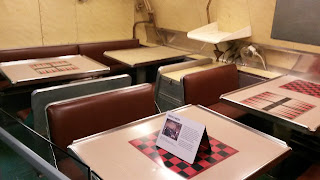 Rather luxurious mess, with built in boardgames. 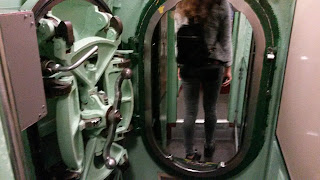 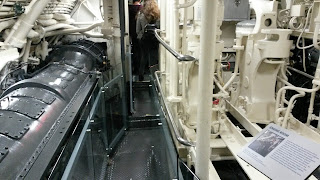 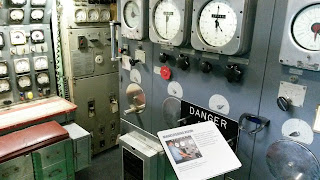 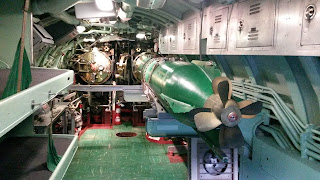 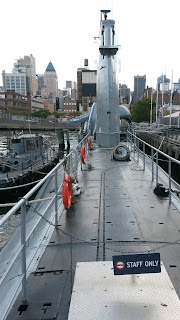 View from the rear deck hatch. 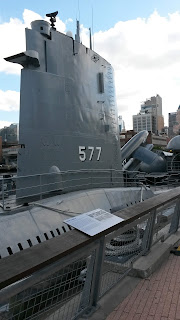 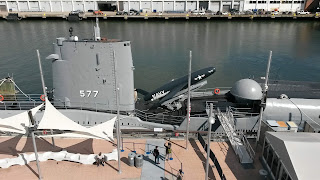 The Growler from the deck of the Intrepid.


It is a neat little submarine, rather smaller than the one in the sub museum at Portsmouth, and in considerably better condition than the very beaten up old Russian one moored at Peenemunde. Recommended if you are ever in NYC and can tear yourself away from The Empire State Building etc.
Posted by Martin Rapier at 23:55