A little while ago Tim treated us to yet another ancient wargaming adventure based on Herodotus and covering the formation of the Persian Empire. This one being Mardonius' expedition to Thrace, in (iirc) around 580 BCE, so almost modern! Some chap called Darius ruled the Persians at this point, but he was busy elsewhere.

Mardonius had landed in Thrace and built a fortified camp around his boats prior to setting out. Some of the locals (the Bigye) weren't too pleased about this and set to to attack the camp under cover of darkness, negating the Persians advantage in missile troops. The whole setup reminded me of a Wild West fort, hence Fort Mardonius. I got play Mardonius, and John and Graeme got the the Thracians. 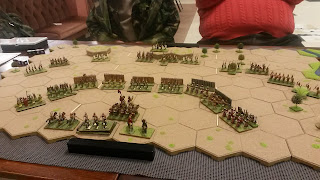 Mardonius's beachhead. Lots of angry Thracians surrounding it, including a number of warband, which was a bit alarming considering the high proportion of Persian light troops. The Persians did have a couple of medium units (cavalry and Immortals). 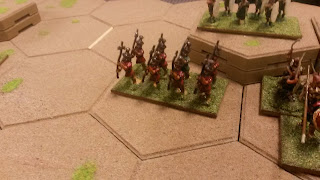 Some very angry Bigye hammer men. This lot were rated as Warband. 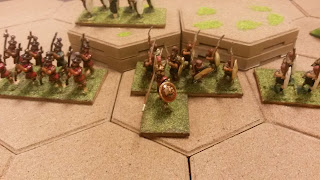 Their nameless commander, named Bigye for game purposes, who was a rather magnificent figure.. Some scythe wielding Auxiliaries in support. 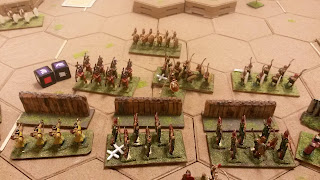 The initial Thracian assault inflicted losses on the Persian centre, but one notable casualty was the Thracian commander who fell to a single hit from the Persian auxiliaries.  Very bad luck there. 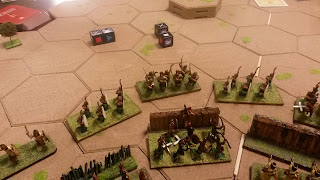 The Thracians then attacked the northwest corner of the fort, again, hammering the defenders with few losses in return. 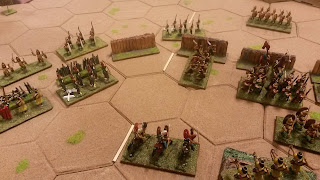 And after a while, they broke into the camp. A particularly aggressive warband unit wreaked havoc against the Persian light troops. Things were looking a bit sticky at this point as Mardonius had already had to lead one counterattack to support his centre, and now the left wing had collapsed. 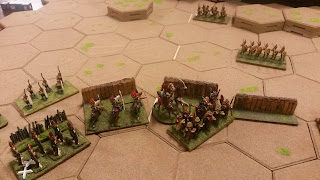 Mardonius personally led a counterattack with the Immortals and Persian cavalry which drove the tribesmen back out again, although the rampart was rather thinly manned now. 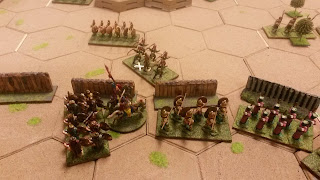 Emboldened by this success, Mardonius led an attack on the Thracians outside the walls, and succeeded in eliminating enough of them to drive the rest away.

Well, that was exciting. Historically Mardonius drove off the Bigye and went around pacifying the countryside, but was forced to evacuate back to Persia after a storm wrecked his fleet. Herodotus duly recorded the entire campaign as a crushing Persian defeat.