If you are doing the Sudan campaign, along with British and Egyptians you need Mahdists. Lots and lots of Mahdists. 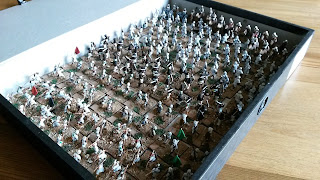 Here are some of them. There are quite a few. 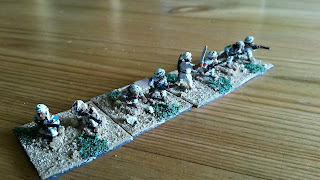 These chaps are rifle stands. I based them two per base to make then easier to pick out of the horde. They were part of my eBay accident, so I'm not sure who the manufacturer is. 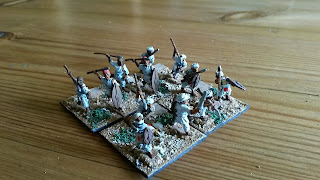 I've also got quite a few of these chaps with a mix of spear and swords. Again, I'm not sure who made them but quite a few of them have separate spears which tend to fall off in the heat of battle. I'm tempted to say Essex but who knows. 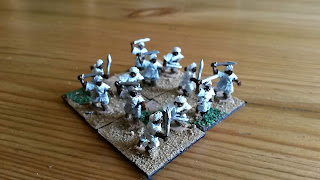 I also have many of these cheapo Old Glory swordsmen. Very useful for bulking out the army. 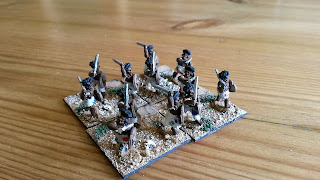 Plus a load of OG fuzzies to represent more fanatical units. The Old Glory figures are really good value, even if the figures are a bit chunky. 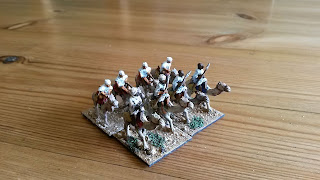 They have some mounted support in form of camelry. 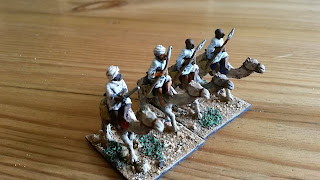 These big chaps are Essex. 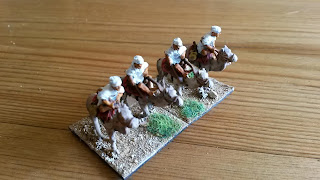 These smaller ones, I'm not so sure. Maybe Two Dragons from the original eBay purchase. 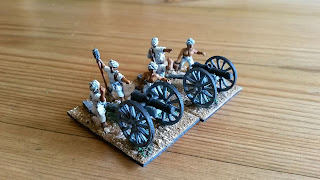 Mahdists have to have a few ancient cannons. I'm pretty sure these are Esseex. 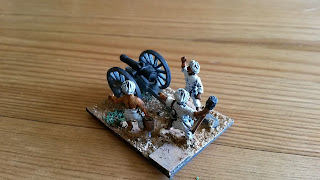 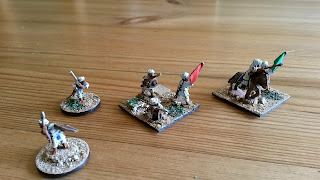 Finally there are various flavours of command stand ranging from individual figures to based up command elements.

Having accumulated this lot, they haven't actually been out to play that much as I've not really found a set of rules I like for Colonial warfare. They either seem to be far too Hollywood, or tediously serious. The best contenders  have been Science vs Pluck, which is great but takes a lot of setting up, and Richard Brooks 'Broken Square' game which is great fun but is pretty much a one shot solo game. Ah well, another project for the future.