On Remembrance Day this year, the Sheffield General Cemetary had a special exhibition about the Great War and specific information about 131 people who died in the war whose remains were repatriated and buried either here or other parts of Sheffield. 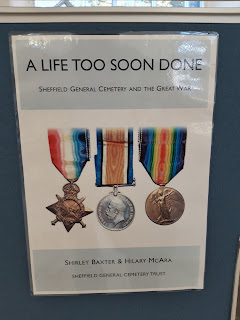 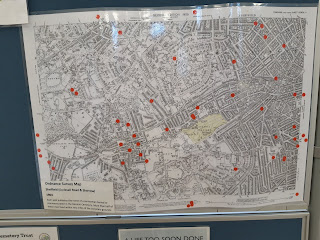 This map shows people who died in the war from the local area. There were three from our road alone. 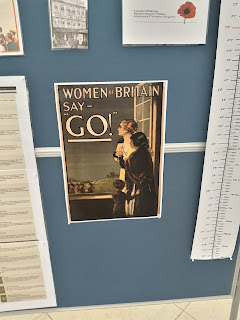 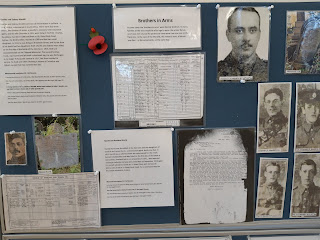 There were lots of individual accounts. 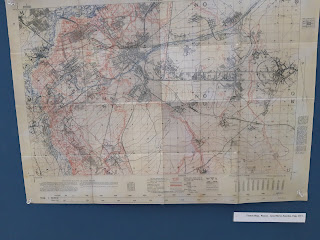 A trench map of Vimy Ridge. 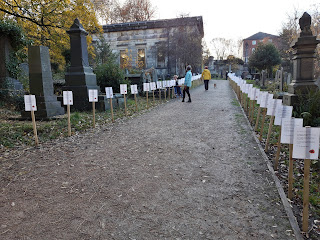 Outside the chapel were biographies of the 131 soldierss sailors and airmen who were killed. 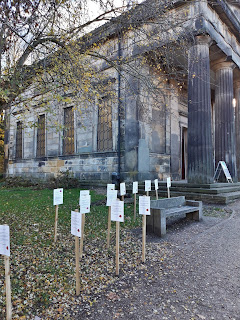 Which led right up to the Chapel. It was a very moving display, very thoughtful and well done. 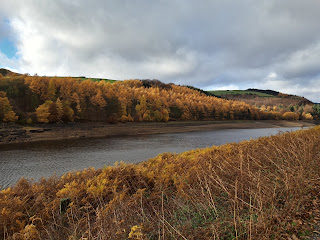 In a different form of remembrance, we also went out  to Ladybower reservoir, which was filled just after the end of WW2, drowning the village of Derwent.  The dams further up the valley were completed before WW2, as 617 Squadron used them for practice runs. Construction of the dam at Ladybower started before war and it was finally completed in 1947.

The long hot summer has left a display of autumn colour on the leaves worthy of New England. 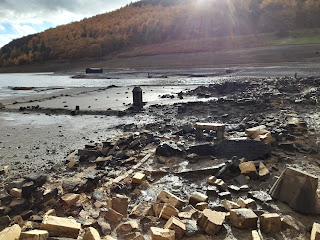 The other effect of the long hot summer is that the reservoir is only 35% full, despite all the recent rain. These are the remains of Derwent Village on the bottom of the lake. Most of the buildings were demolished and the trees chopped down before the valley was flooded. The blockhouse just visible on the far side of the river  was an old pumping station. 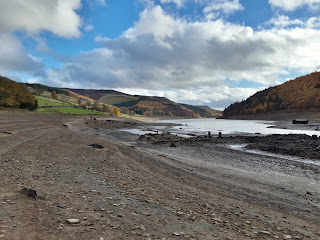 From the bottom of the lake you can see how much the water level has dropped. It was interesting to walk along the old streets and make out the building foundations of one of the "Lost Villages" of England, but hopefully we'll have a wet winter and it will have vanished under the water again by Spring.