John put on a command raid game based on a scenario in one of Don Featherstones many books. This was an excuse to don a very dodgy array of greenish berets. 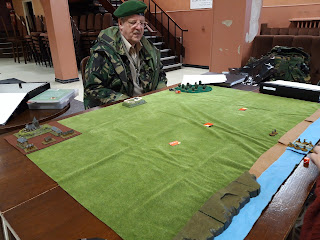 The situation. Our chaps need to get ashore and blow up that bunker in the middle of the German base line. 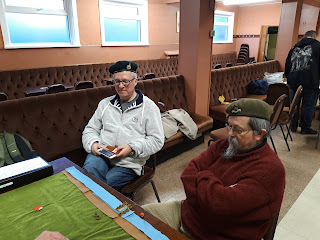 My fellow commandos (Jerry and Tim) contemplate the German defences. 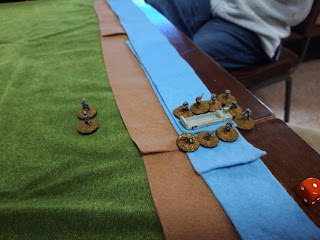 Our landing craft (just) managed to dodge being seen by a German patrol after drifting off course on the way in (well, it was night). 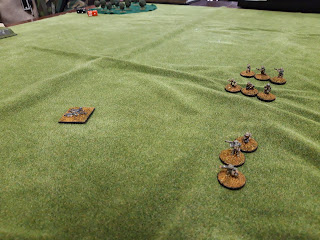 We split up into three groups, planning on at least one getting through. Jerry's section stumbled onto a German LMG position, luckily the sleepy Germans didn't spot us. 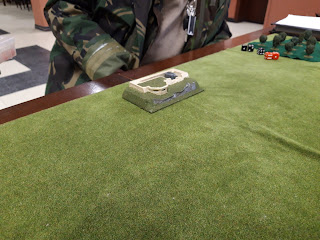 All seemed quiet at the bunker. 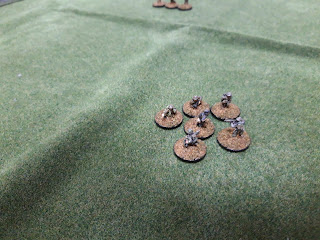 Jerry and I rushed the LMG position with our commando knives. The Germans put up an unexpectedly fierce resistance despite being outnumbered 3:1! 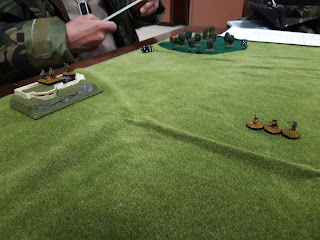 Tims section meanwhile focussed on the objective. Some Germans came into view, but they didn't see the stealthy commandos. 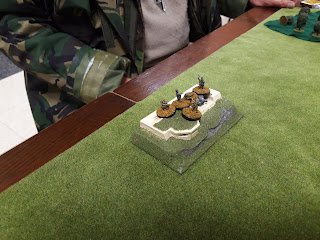 There seemed to be quite a lot of Germans. 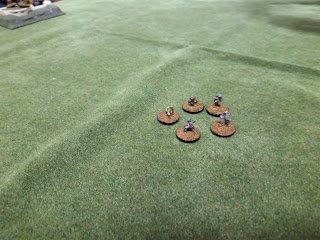 The LMG team was finally subdued, but unfortunately the sounds of the struggle were detected and various Germans appeared in the village. 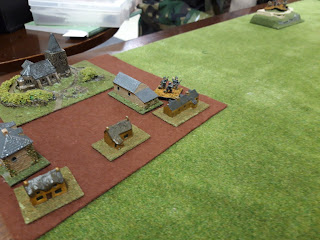 The garrison starts to wake up. At this point we all opened up on the exposed Germans standing on the bunker with our Tommy Guns,wiping them out. 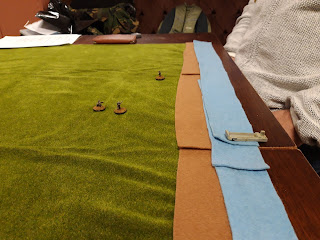 Jerry set off to secure the escape route, and engaged in a firefight with the German patrol. Tommy Guns had three firing dice, but jammed on a double. We threw an awful lot of doubles. 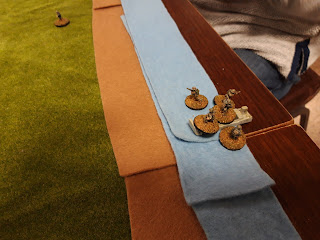 Eventually the survivors piled onto the landing craft and made our escape. 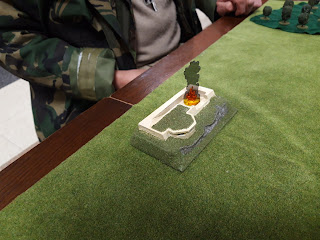 The bunker blew up with a satisfying BOOM. 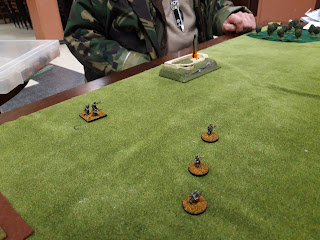 And the startled German garrison was left to clear up.

That was really good fun, and the very tight time constraints made it a real race against time. The combat mechanisms were very simple (Charles Grant style) but combined with the scenario made for a very enjoyable game.