Traditionally the Sheffield Wargames Society has an extended meeting over the Christmas period. This year it was on the 27th December. I went along after lunch and found a number of games running. 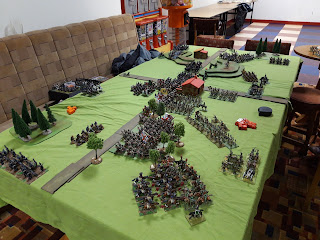 There was this rather grand 28mm Napoleonic game. 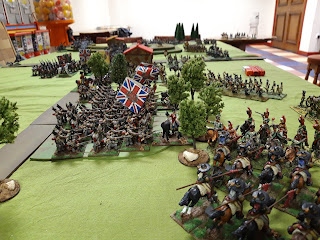 I'm not quite sure who the Lancers are. Spanish maybe? 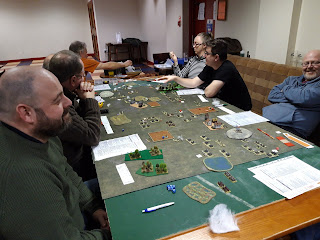 There was another Napoleonic game, this time at the other end of the scale being a big 6mm bash. 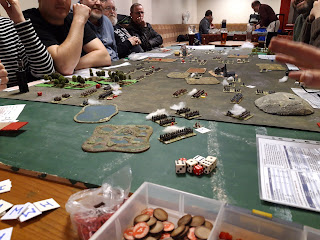 I was intrigued by the basing as it is very similar to Twilight of the Sun King with each unit represented by two bases (allowing Line, Column and Square to be easily represented). 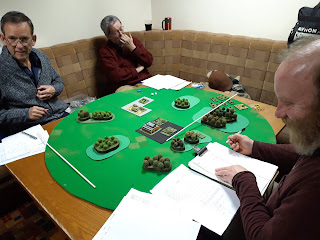 We mainly played Nicks 'Bush Horizon' which is a fictional modernish game covering Warring factions in an unnamed region. The game works as a mini campaign with a series of small battles as part of a larger set of operations. Note the circular table! 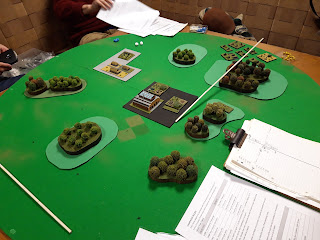 Within each campaign segment, players allocated their forces across a range of objectives. If the force ratios looked OK, then the battles were fought on the tabletop. 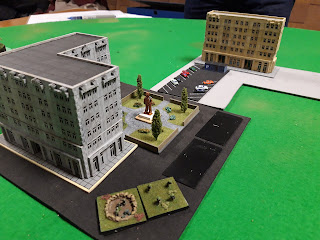 In this scenario the baddies are defending an urban area, mainly with infantry. 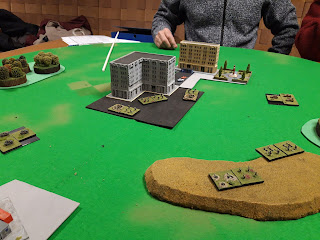 My chaps tried to envelop the defenders. Light armour and SP guns on the flanks, infantry in the centre. 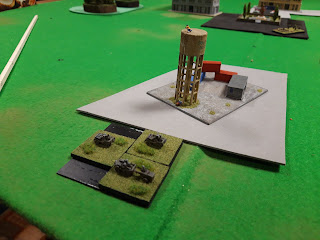 My armed jeeps sped around this very pretty water tower. 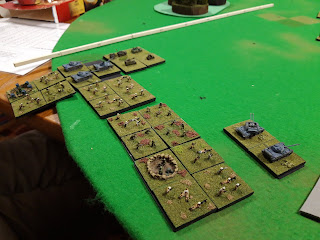 Later on there was a much bigger battle! Masses of infantry, with some armour support. 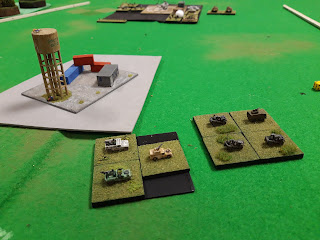 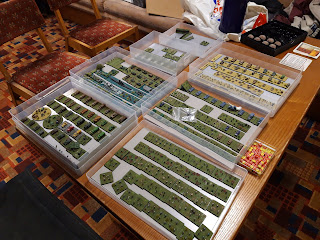 Nicks vast collection of stuff to make the force selections from.

Although I'd brought some things to play, in the end we just played this for most of the afternoon. A very pleasant way of spending the gap between Christmas and New Year.