Last weekend I went on my annual trip to the Conference of Wargamers. Unfortunately this year my trip was cut short as I had to help one of my children move house on Sunday, but I managed to attend on Friday evening and Saturday.

More detailed reflections on the event and various game reports will appear in the Wargames Developments Journal in due course, but here are a few photos to give the flavour of the event. High points for me were helping Tim run his huge WW1 54mm lawn game, and getting to play with Tony Baths original figures, the flats he used for Hyboria games. And very flat indeed they were! 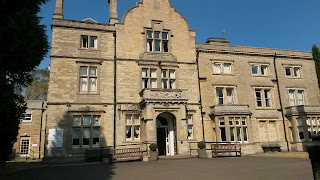 Knuston Hall, bathed in sunshine. Perhaps a bit too much sunshine as my room was my usual stiflingly hot garret up in the eves. 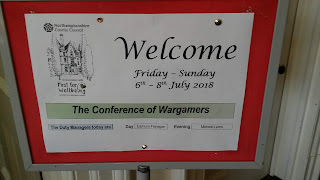 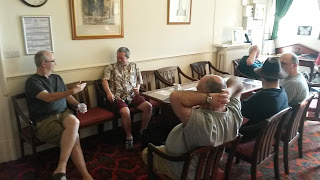 A relaxing start to the weekend in the lobby. 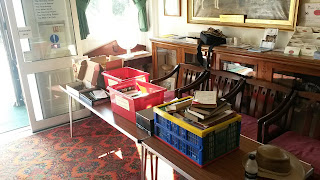 The ever popular Bring and Buy. 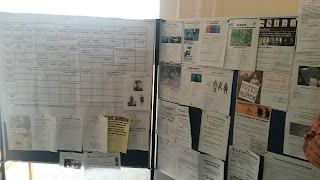 The timetable, which astonishingly did not change much over the course of the weekend. 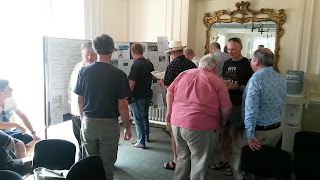 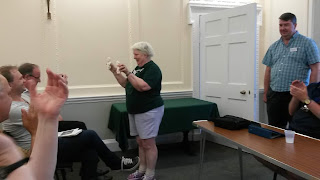 Sue Laflin-Barker accepts awards for her and Phil for their lifetime contribution to wargaming. Phil had retired to bed at this point! 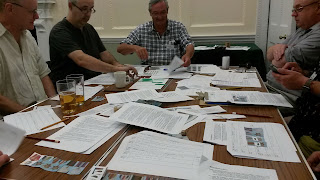 Jim Roche ran Paddy Griffiths 'Halbardiers' game, about careers in the British Army during WW2 and loosely based on Waughs 'Sword of Honour Trilogy'. Piles of bumph were in evidence. 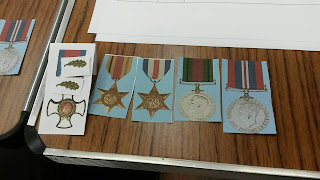 A nice chestful of gongs, particularly proud of the MC. Such a shame I died in a plane crash at the end of the war! 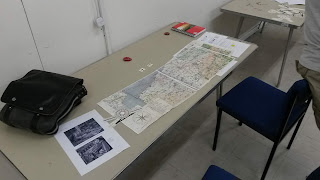 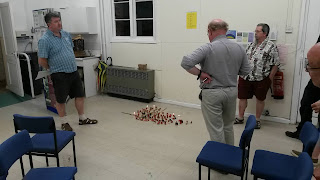 The assembled crews did eventually make it to Koblenz, here neatly modelled on the floor, and made it home for eggs and bacon. Tally ho! 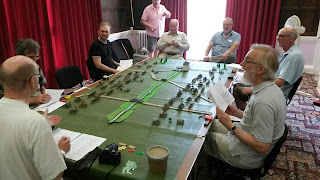 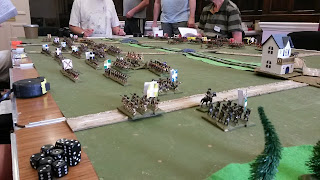 Closeup of the French. Blenheim village in the foreground. 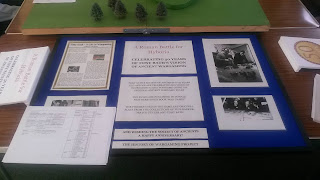 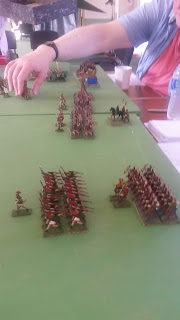 The original flats, they look really good from the side. 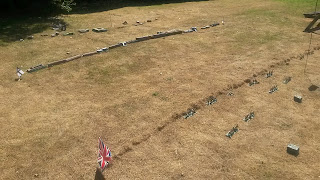 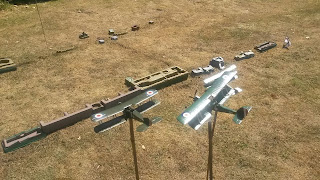 British aircraft recce the Hun defences in the blazing sunshine. 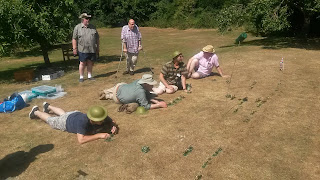 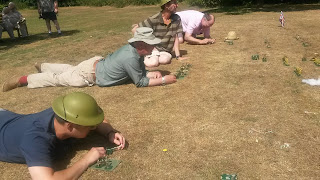 Fearsome concentration from the British commanders as they bombard the German defences with matchsticks. 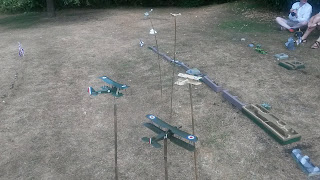 The planes go up up again to recce the damage. 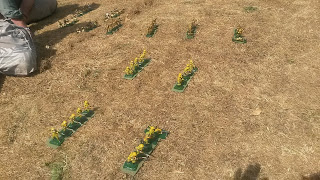 And then it is time to go over the top. The Knuston pals bravely march forwards. 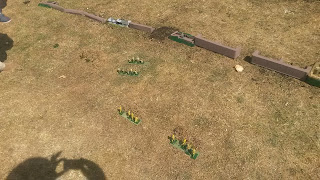 Despite the gaps in the German defences, enough German machinegunners are left to mow down the attackers, who were eventually left with small groups of survivors clustered in Nomansland. Oh well.

A great weekend, hugely enjoyable as ever, and I'm looking forward to next year. Hopefully I can stay for the whole thing next time.