The week after COW I went along to help out with the combined Sheffield Wargames Society and Wargames Developments show game at the Joy of Six in Sheffield. I'd not been before as it is straight after COW, and doing two wargames shows in successive weekends always seemed a bit much. This year however I had gaming credits in the bank after my heroic labour efforts of shifting daughter number two to London instead of attending COW in Sunday.

The Joy of Six is a purely 6mm show, and I was pleasantly surprised to find loads of games on and loads of punters. Good stuff! 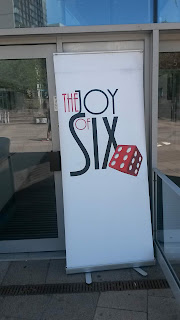 The show was in the main Hallam University building, right near the main entrance. The SWS/WD offering was a revamped version of 'Cliches of the Great Patriotic War', which had its first outing on the show circuit 22 years ago! 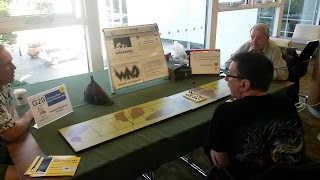 The 6mm element of our game was the large 'front' marker which including both heroic Defenders of the Motherland and wicked Hitlerites in 6mm. 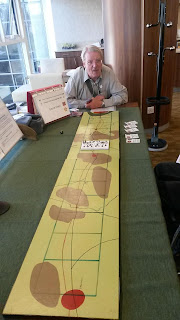 The aim of the game is to stop with wicked Huns from taking Moscow through the cunning use of Soviet rhetoric to inspire the troops and bring despair to the enemy. The rhetoric is generated by cards with various genuine quotes on them, and the Soviet defender plays these to stop (and ideally push back) the German advance whilst coming up with inspiring speeches. In the photo above the Germans have got quite a long way. 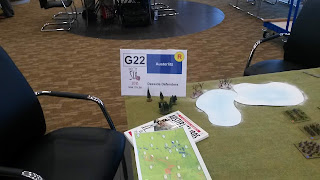 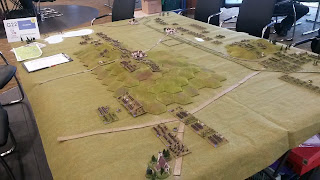 Near to us was this large Battle of Austerlitz. View from the Russian right flank, Pratzen Heights in the centre. 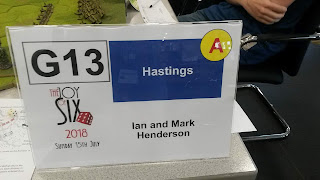 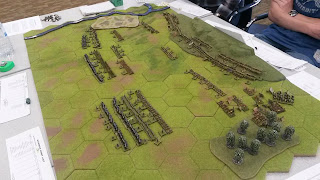 Just to show the games don't all have to be huge, there was this very neat game of Hastings on Hexon terrain. 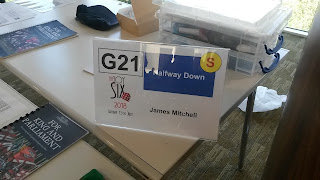 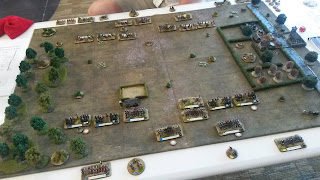 Another small game, ECW this time, played on a squared grid. 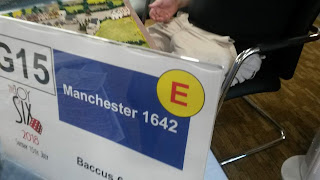 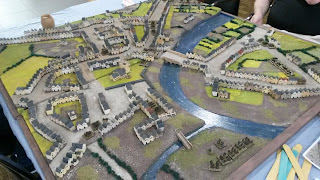 This was a magnificent recreation of seventeenth century Salford! Those familiar with Manchester will recognise the steep bank leading down to the river. 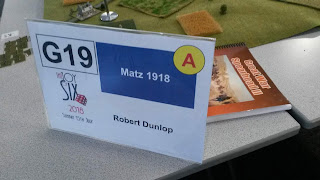 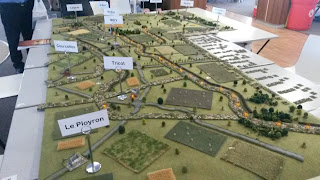 This is a monumental Great War Spearhead game. 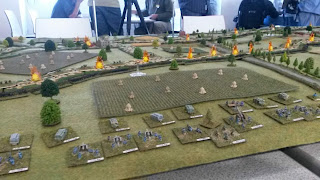 View from behind the French lines. Tanks and Infantry prepare to advance. 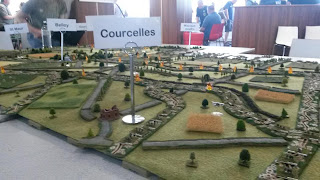 The German trenches around Courcelles. 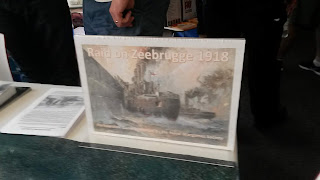 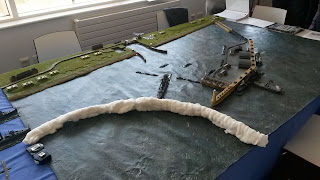 This was a beautiful 6mm game of the Zeebrugge raid. 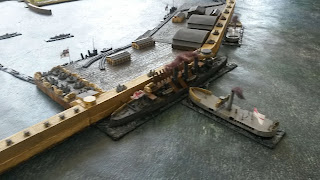 The debarked troops can be seen making their way along the dock. 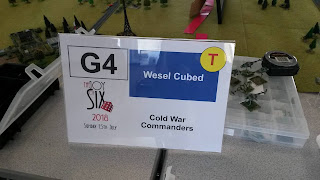 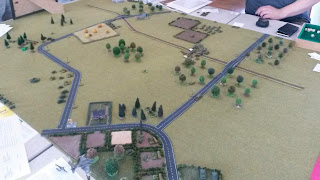 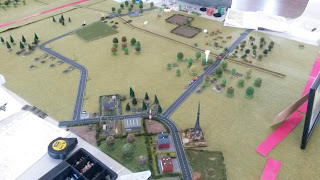 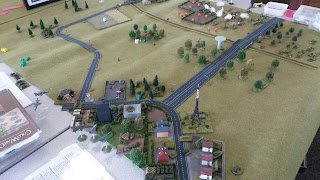 1985. A housing estate has been built next to the TV mast. Challengers vs T-64s. 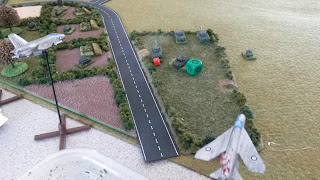 Back to 1959, Conquerors with Lightnings in support. 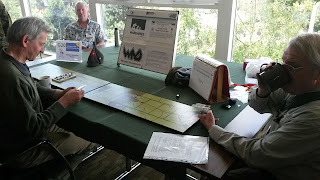 We had a steady stream of players all day. This staunch Soviet hero seems to be holding the enemy off, while the Commisar slurps tea.

It was a really good day out and I'd recommend the show to anyone. There were lots of good games (including participation games), a couple of interesting talks, competitions etc and a good range of small scale traders. I picked up a pair of beautiful Leven Miniature resin bridges, and I was very excited to find Heroics and Ros actually there in person. I had a fun half an hour rummaging through their storage trays picking up various 6mm odds and ends.

I've been buying H&R for over 40 years now, and it still cracks me up how big modern '6mm' figures are in comparison. It put it in context, on the Bring and Buy were some 10mm figures, and they were pretty much the same size as some Adler figures right next to them. Oh dear. Give me H&R, Scotia and Irregular any day.