John has been busily painting 1/300th scale aircraft, the latest batch being various WW2 US and Japanese aircraft for the Pacific. He'd also recently become the recipient of a couple of boxes of blue Hexon tiles, so off to the Pacific we go.

One of my great delights back in the 1990s was playing Pacific Air War:1942 by Microprose. Nothing like nursing a damaged torpedo bomber back to the carrier for two hours of flying time only to crash it into the conning tower! Ah well. Hopefully better luck in 2018. 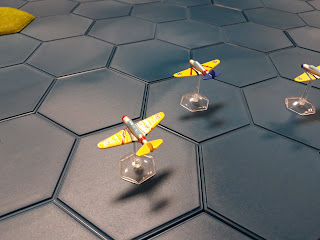 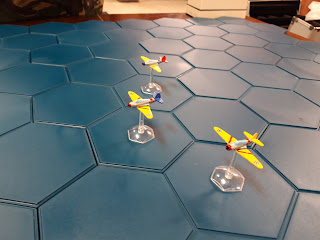 John had done these rather beautiful Devastators in the very early war multi-coloured scheme. 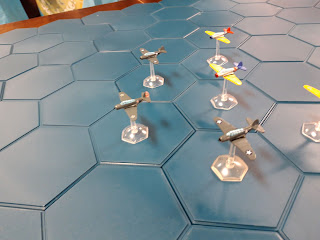 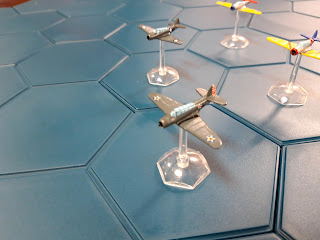 And some more Devastators in the slightly later grey-blue scheme. Sadly we weren't to get to use any of these in the game but they looked very nice. 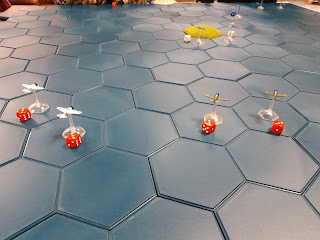 Instead the IJN was tasked with stopping those perfidious Americans from locating our fleet, which was busily engaged in the entirely justified expansion of the co-prosperity sphere. We'll show those colonialist oppressors who is boss. 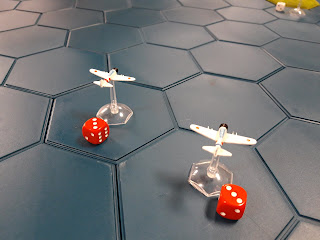 A couple of white Zeros. 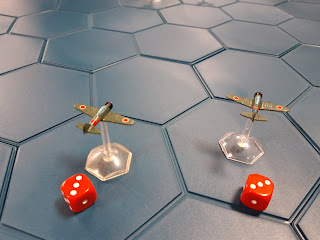 And a couple of green Zeros. 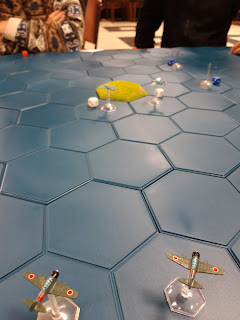 The Americans are up to something around that distant island. 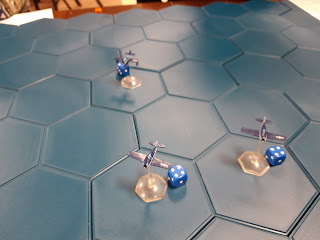 Some Wildcats escorting a float plane. 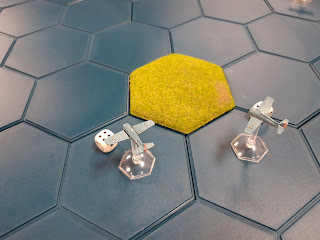 A couple more Wildcats performed loops over the island. Very unfairly they seem to have a higher ceiling than us. But we've got bigger guns though. 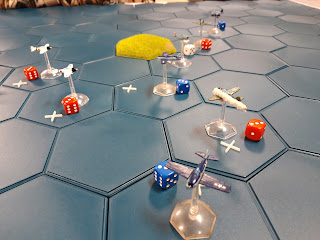 A great swirling dogfight soon erupts. Sadly one of my Zeros is damaged (indicated by the pipe cleaner). 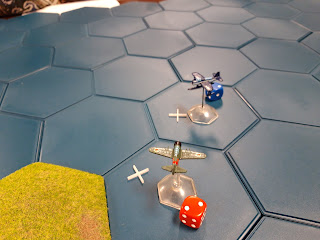 Out of the melee one of my planes manages to break through and line up on the US floatplane. Although a few hits were scored, not enough to bring it down. Drat. 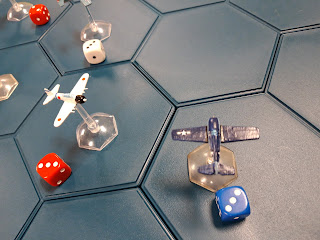 Another Zero lines up on a Wildcat. 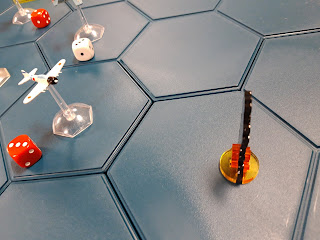 And this time doesn't make any mistakes. Down he goes. 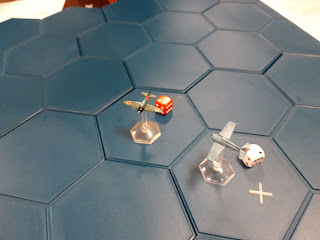 Unfortunately another Wildcat gets the drop on one of mine. 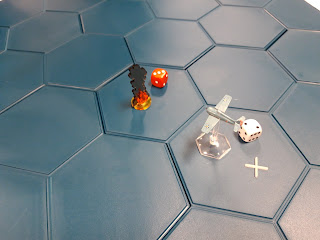 Which also goes up in a great big ball of fire. 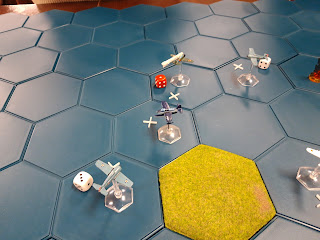 Somewhat strangely, the float plane lands by the island. Although one of my aircraft is in position for a strafing run, the others are all way out of position and/or at the wrong altitude. The strafing run duly misses while Wildcats swarm overhead. 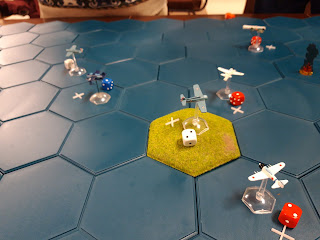 After a while the floatplane takes off again, and I try to get lined up for another attack. 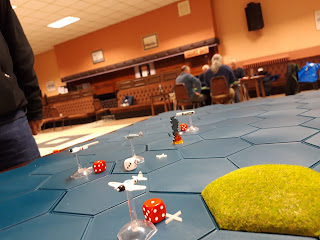 Gun camera view of the action. 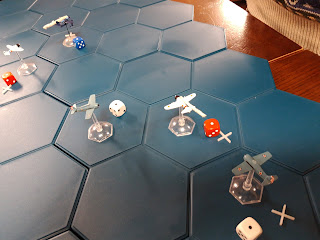 One of my damaged Zeroes manages to get off an ineffective long range burst at the floatplane, but in turn is tailed by a Wildcat at altitude 1. 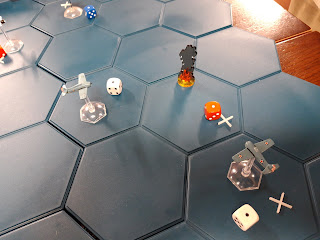 Blaaaam. Down goes another Zero. 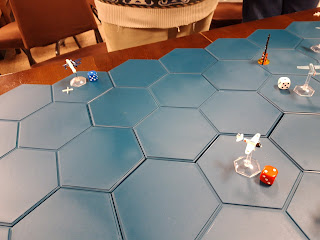 A final attack by my last undamaged plane manages to score some effective hits on the floatplane, but not enough to stop it limping off the table. Time to head for home. 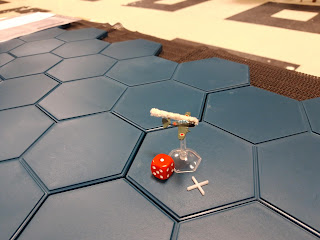 My damaged Zero heads back to the carrier hugging the wavetops.

So there we have it, mission accomplished. The Americans never did get to look at our fleet, and we downed one US plane and damaged another although we lost two in turn. It seems that the Americans were diverted to carry out a rescue mission rather than a scouting one, and as the floatplane got away with its cargo of downed US airmen (including a Senators son), their mission was successful too, so everyone was happy.

Now we are more used to these rules the 'flying' seems to work OK. Sure there are some compromises in gunnery and energy conservation/expenditure, but they are are fast and simple with enough grit for it to feel a bit more like a contest of flying skill than blind luck.