In a welcome addition to our usual lineup, we were joined by a contingent from the Holborn Gaming Group down in That London/Kings Landing. John B offered to run one of his single session committee games, this time covering  a British H-Bomb test in the late 1950s. So, maximum Cold War sleaze then.

The game itself was pretty free format. The players all had general briefings and role specific objectives, and we then essentially talked out way in or out of trouble, depending. Some structure was provided by the game being set around a formal enquiry into the Grapple-X test, which may have gone slightly awry.

The new whizz-bang was being tested in the Whitsun Islands in the South Pacific, and may have landed a tad closer to habitation than was intended. Ooops! 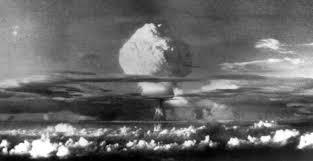 My role was Governor of the Whitsuns Islands, and I was mainly concerend with making sure that whatever might have gone wrong (and we didn't know for sure that it had) was absolutely nothing to do with me! I was also a bit concerned about the whereabouts of the islands Chief Medical Officer who had gone AWOL. Finally, after that spot of indiscretion at the Kitty Club I had a few dark secrets, and I needed to ensure that all of that remained strictly hush hush. 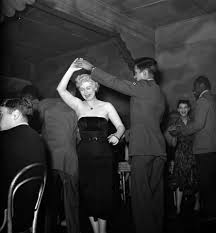 Various bigwigs on the Committee of Enquiry interviewed the witnesses to the exercise, and gradually the appalling truth became apparent(ish). Well, never give a Lt Commander a map at short notice is all I can say.
Luckily all the interest in the technicalities of just how big a bomb it was, and how the Royal Navy and RAF could fail to find a target the size of an island was an excellent distraction from the more sordid goings on in Soho, and no unpleasant style Profumo scandal emerged. 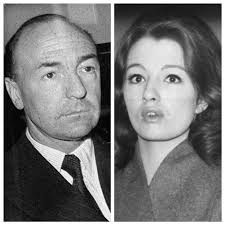 In the end the committee decided the whole thing was largely the fault of the German origined nuclear weapons designer at AWE Aldermaston and resolved to keep johnny foreigner well away from our nuclear secrets in future. Let the Americans do that sort of thing. 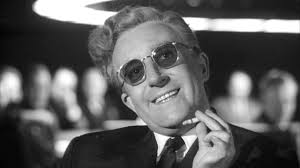 It also turned out that I needn't have worried too much about my sordid past , as there were several other dubious characters knocking around as well. Shame about the islanders, still I'm sure their hair will grow back. 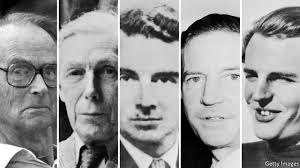 That was great fun, and the players role played to the hilt. It made me all nostalgic for the good old days of the Cold War when you knew what was what. 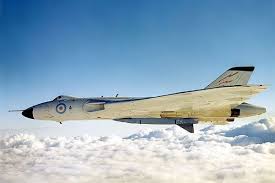 These bad boys used to fly low over my house in the mid 1960s. My Dad reminded me that you could also see the end of the runway from the garden. Mmmm, don't think we'd have to worry too much about the fallout then.
Posted by Martin Rapier at 01:15