I have been to....the Hepworth Gallery

It was my birthday recently and I was supposed to be going down to London to visit the Tate Modern, however that plan was scuppered by rail strikes, so instead we motored a few miles up the M1 to Wakefield to the Hepworth Gallery.

Barbara Hepworth was one of the most influential modern British abstract sculptors (along with Henry Moore), and although she lived in Cornwall for much of her life, she was raised in Wakefield. She went to Wakefield Girls High, which my wife also attended and actually had one of her old textbooks (back in the days when schools actually had books to give out).

As ever, I shall restrict myself to things of slightly historical interest. 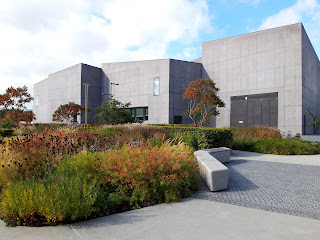 The gallery is a rather striking building, part Brutalist, part art installation in its own right. It is in a rather run down light industrial part of Wakefield, right on the Calder. I gather the critics from London were a bit surprised when they came to visit for its opening. 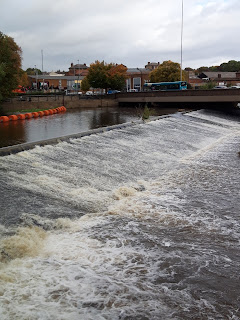 There is a huge weir right outside, which reminds me of the one on the Don where it branches off from the Rotherham-Sheffield Navigation Canal. 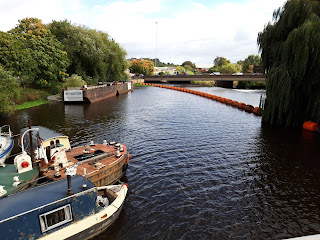 Upstream from the weir is a tranquil boatyard. 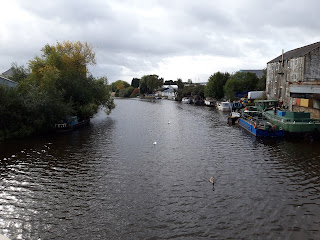 Quiet flows the Calder. The gallery windows give various views of the river. 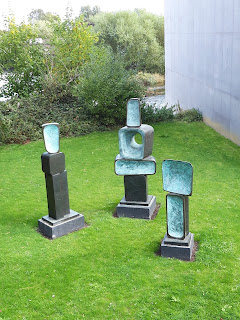 A triptych of bronzes outside. 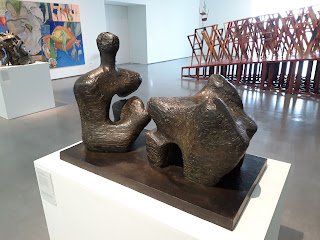 This Henry Moore is just inside the gallery entrance. Funnily enough it was completed the same year I was born! 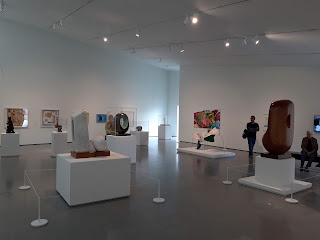 As we went mid-week, it was pretty quiet. 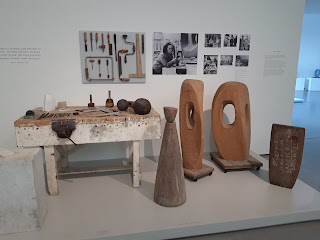 There were some fascinating workshop displays showing how many of the sculptures were made. These are wood masters and associated woodworking tools. 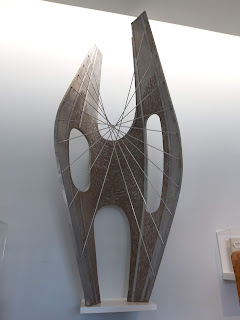 This is another version of the famous 'Wings' statue which adorns John Lewis in Oxford Street. This was commissioned in the early 1960s. 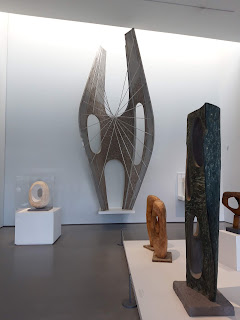 A slightly more distant view to give an idea of the size of it. It is huge. 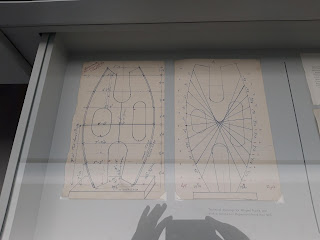 Original plans for the sculpture. The hand written dimensions show the true horror of designing stuff using Imperial measurements. 3 and 7/8 inches etc. Didn't our illustrious leaders have some daft idea about bringing Imperial measures back? 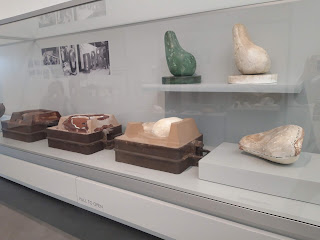 This is a sequence showing how hollow bronzes are cast using sand moulds starting with a plaster model. More complex than you could ever imagine, and a very similar process to that used for cast armour plate. 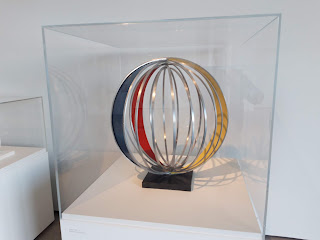 This metallic orb was completed in 1967 and reminds me very much of the thought transplant machine in "Joe 90". A show which also premiered in 1967. 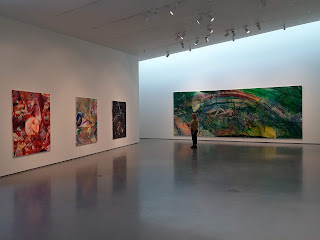 There were various other collections in display on a rolling basis in the other galleries. 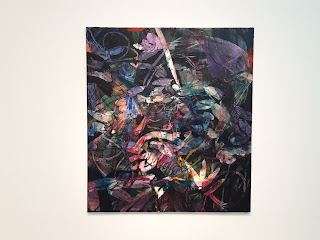 I rather liked this one. 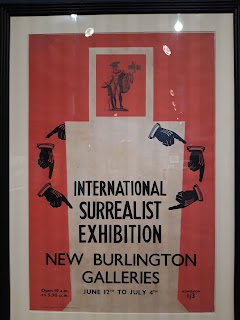 One exhibition which did catch my eye was about British Surrealism in the 1930s and 40s. I never even knew there was a British surrealist movement. This poster was designed by Max Ernst. 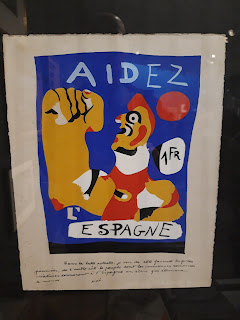 A poster urging support for Republican Spain by Marc Chagalle. 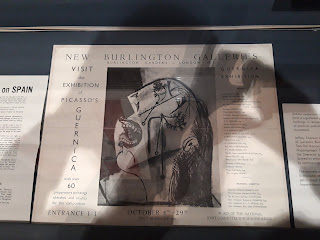 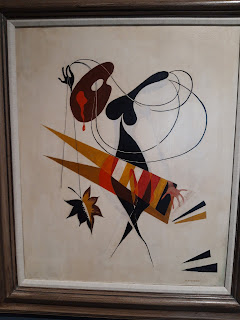 One of the British surrealist paintings, which I thought was rather good. 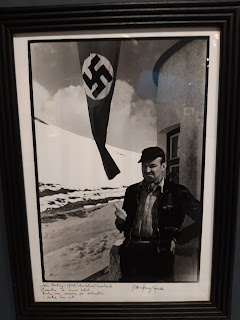 This brave chap is John Bunting, who single handedly tried to stop the Anschluss by blocking the road (which didn't work). He then pursued Himmler and other senior officers to this hotel in Innsbruck where he harangued them and was eventually arrested for onbstruction but then released on bail and escaped. 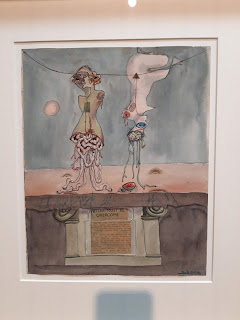 'Hitler must be defeated' by John Bunting. 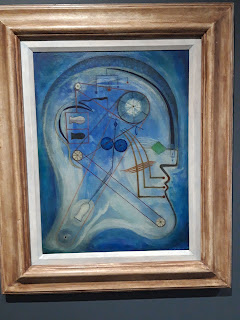 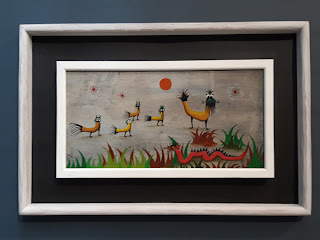 A couple more of the paintings I liked. 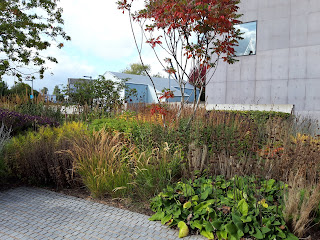 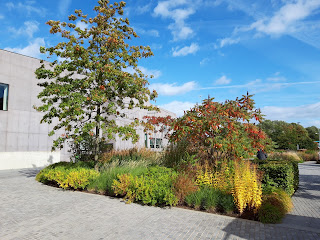 The museum also has a lovely (but small) ornamental garden outside, which was very pleasant to wander around in the autumn sunshine.
Highly recommended to visit if you are in the area. 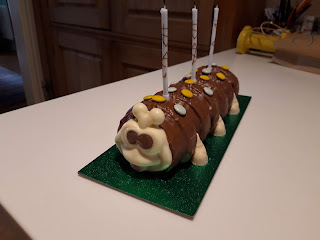 What birthday would be complete without Colin the Caterpillar.