John wanted to try out his Brown Bess Napoleonic rules as an alternative to Neil Thomas. The scenario was a CS Grant one, which involved a force trying  to hold off the enemy before evacuating by ship. Grant was most insistent that this was not Corunna, when it clearly was.

Tim and Gaham played the French beasts, myself and Jerry, the plucky Brits. 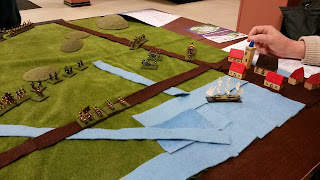 Corunna Harbour, the British rearguard arrayed around it. 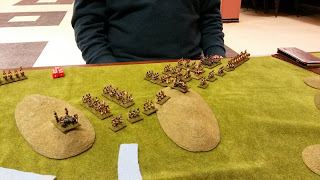 The wicked French. Thousands of them. 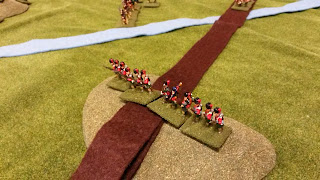 The Black Watch held the point of honour on the left flank. 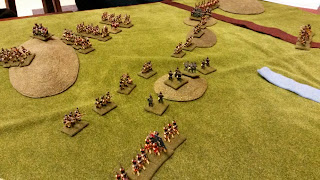 Those scruffy riflemen engaged the voltigeurs. 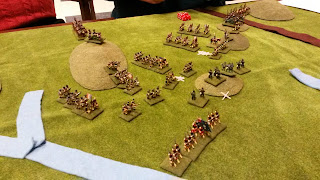 And dished out a surprising amount of damage. 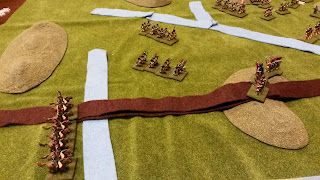 The Black Watch faced off half a French division  supported by cavalry.  Ooer. 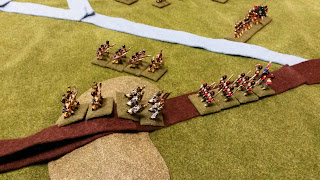 But at the last moment, broke contact and slipped away, having calculated that the rough hill would stop the cavalry overrunning them. 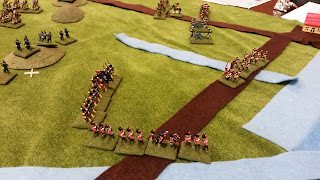 The British formed their final defensive bastion around the harbour. 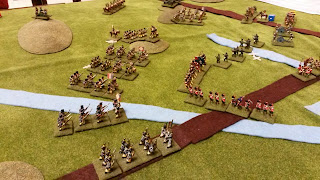 As the French pushed forwards, the rifles fell back. 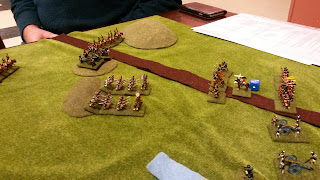 Over in the west, Sir John Moore was wounded while rallying the line! A spot in Westminster cathedral beckons. 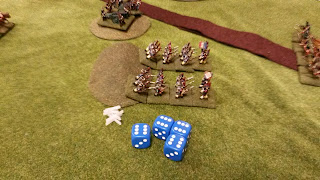 But as the French pushed home their advantage, they were shattered by close range artillery fire. 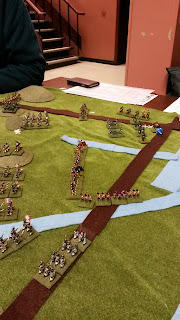 The Foot Guards took their place in the line as the rifles retired. 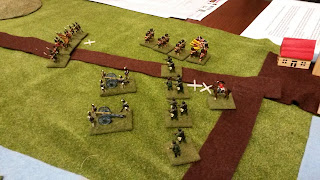 Rear elements started to make their way to the harbour, including the wounded general as the sun began to fall. 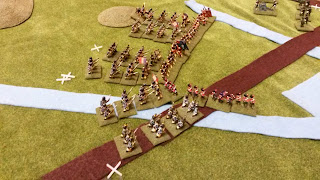 A massed French attack by the best part of two divisions was held. 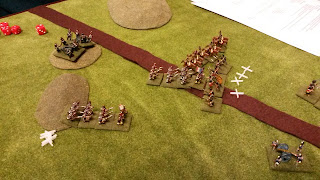 As was the final French attack in the west although the line was on the verge of breaking.

At that night fell and the battle ended allowing the British to claim the glory of yet victory achieved by running away in boats from the enemy.

The rules worked very well in the main, although there was a bit of weirdness about melee and the way some of the fire calculations worked out. The attritional effects on morale, combat effectiveness and the ability to rally worked very well, and local influence of leaders was well modelled. I was inspired to dig out Minischlacht and consider whether I could turn it into something as slick.
Posted by Martin Rapier at 00:03