For our regular weekly gaming slot we were fortunate enough to have a guest visitor - the historian Gary Sheffield. He put on a committee game covering the meeting of the British War Cabinet in August 1914 to decide the future strategy of the war. 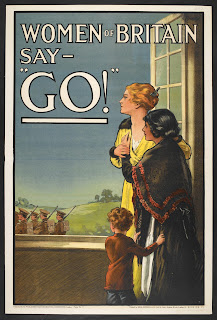 Gary took on the role of Asquith (the dithering PM) while the rest of us assumed various dramatis personae. We had a fair number:

Sir Cecil Spring-Rice - Simon (The British Ambassador to the US)

We all had a general briefing covering the military and political situation, as well as individual briefings with our particular personal background and objectives. Ultimately Asquith would decide on the strategic options to be pursued, but based on the advice of the cabinet and military advisers. And what a range of advice it turned out to be.

It was a pretty free form game, although we all had a round to state our particular positions and then we were off into promoting particular viewpoints while denigrating others. Lord Kitchener seemed to really have it in for Sir John French, and Asquith seemed particular baffled as to why Jellicoe wasn't planning on refighting Trafalger in the Heligoland Bight. We spent a great deal of time discussing the importance of trade routes and keeping the Americans on side, while the soldiers got increasingly frustrated, particularly Haig and Kitchener who apparently wanted to raise a million men to fight on the the continent (goodness knows why, the war would be over by Christmas).

I was primarily concerned with maintaining economic and political stability, whilst making use of the very expensive fleet I'd spent years building in my time as First Sea Lord. In the end things panned out nicely, the fleet adopted a nice safe blockade of Germany (that will show the Hun while not frightening the Americans), Lord Grey went off to speak to the pleasant chaps in Berlin and we sent three divisions of the BEF to France to show willing while Haig, Kitchener and French tore their hair out.

Churchills scheme to send the Army to the Baltic (or possibly the Balkans) was kyboshed, and Lloyd George was manouvered into a brand new Ministry of Supply, leaving the Chancellors position vacant. I am pleased to say a very worthy candidate was found as a replacement. Ahem. 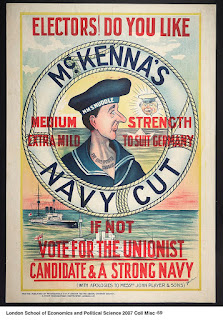 Bish, bosh, job done and home before the leaves fall.

That was an excellent game, great fun to play and very informative. The players also really got into the spirit of it, particularly Kitchener and his wayward moustache. Many thanks to Gary for putting it on.