One of the joys of holding this years COW at the Defence Academy is that the venue is also occupied with lots of 1:1 scale toys for familiarisation purposes. We were also able to climb around on these, but as most of them are operational, under strict instructions not to push any buttons. 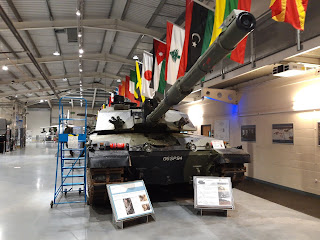 A Challenger. This is a big old tank, the last British MBT I've been inside was a Chieftan back at Aldershot in the 1970s. Chally is basically a souped up Chieftan, so it wasn't too different. I was amazed how good the vision from the commanders cupola was though. 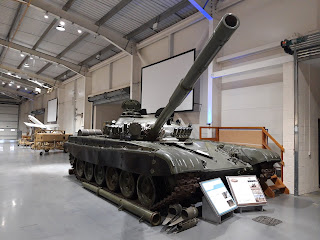 A T72 (a B maybe?). Considerably lower than the Challenger. More on this later. 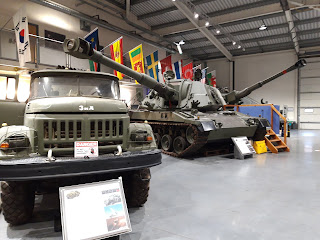 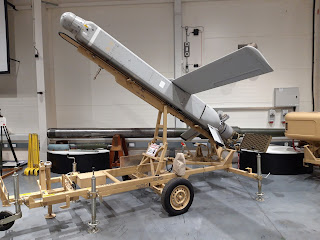 A Drone deployed for launching (a packed up one is just visible to the right). 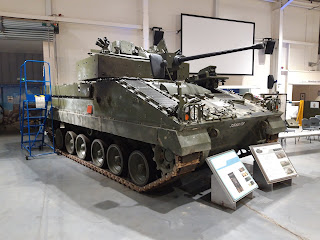 Warrior. This is also enormous. Basically just a tank with space for a few guys in the back. This model seems to have some bolt on armour on the turret. I'm not very up on modern kit. 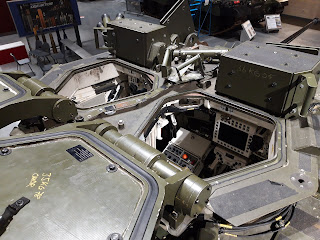 Warrior turret top. The gunners position was OK on this one, but the commanders position seemed terribly cramped. I really didn't want to stick my feet into what were apparently recesses full of machinery though. 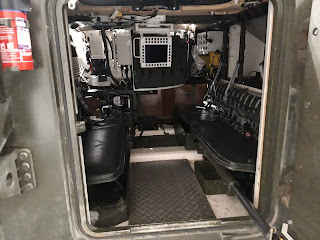 Warrior rear. Quite a comfy ride, and even has a video screen and a built in loo. The turret takes up huge amounts of space though, and I can see Jim Storrs point that they might be much better off ditching the turret completely. 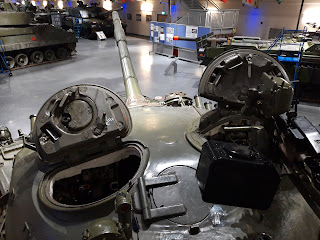 Back on the T72. Unlike the Warrior and Chally, this has really thick hatches. You wouldn't want to drop those on your fingers. 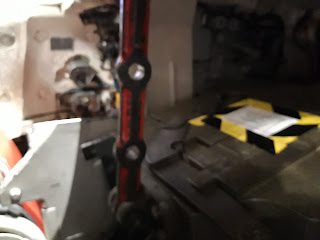 Although it was a bit cosy, I did manage to lever myself into the CO position. As I exceed the maximum crew height by almost eight inches, I was pleasantly surprised that it actually felt OK. At least it didn't look like turret traverse was going to rip my feet off as it did in the Warrior.
The only slightly alarming thing was the gun breech next to my left elbow, with the auto loader right behind it. And no safety guard. Mmmm. 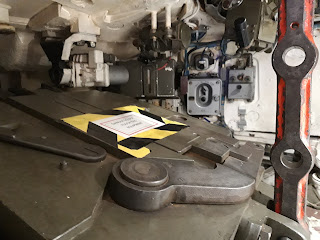 T72 gunner position. This was set much deeper in the bowels of the tank, and although it was harder to climb into, had a lot more headspace once in it compared to the commanders seat. The gunners periscope was at a wierd angle but the forward visibility was quite good. Blind at the sides though. There was a nice comforting shield between my arm and the gun breech here. 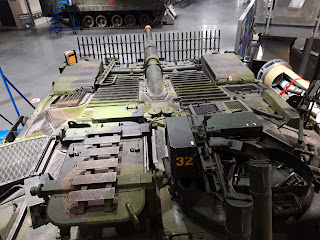 An S Tank from the top of the deck. I've only seen one of these at Bovington before. I climbed on top but the gunner and commanders seats seemed an awfully long way down and I couldn't work out how to get in without standing on some levers. I'm sure there is a technique to getting in, but no one around to ask. 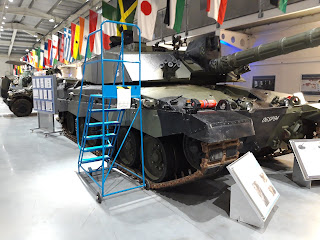 Back to the Challenger again. I'm not sure how you are even supposed to climb up to turret without a handy ladder. Again, I expect there is a technique for this one. 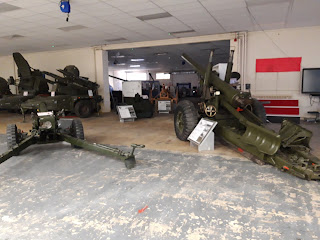 The artillery hall is packed with guns of various shapes and sizes. It was pretty dark in most of it so I just took this one photo. A 5.5" gun on the right. 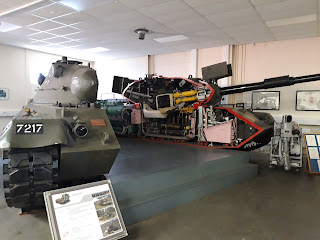 There was a very jazzy cutaway Leopard 1 with all the crew positions manned by determined looking Bundeswehr dummies. This reminds me very much of the cut away Centurion at Bovington. Even at this distance you can see that armour protection wasn't a priority for this tank. 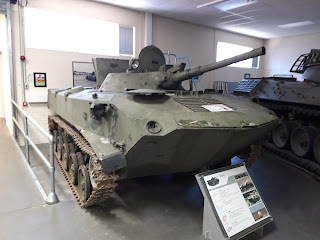 Very exciting, and actual BMD! This really is a very cosy ride indeed, with most of the dismounted element on tiny seats clustered around the back of the turret. It doesn't look much fun at all and I can see why VDV units in Afghanistan swapped them for normal BMPs. 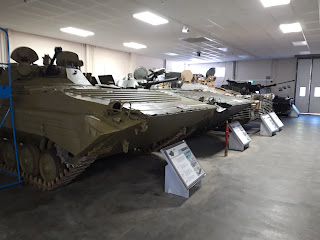 BMP 1, BMP 2 and Scimitar. Although the BMP2 is more heavily armed, from a footsloggers pov, the BMP1 is a much better ride. The AK ports are really cool, you can see out and shoot all at the same time. Fab! The armoured port covers are also very easy to deploy/undeploy.
The main barrier to my future employment as a Red Army Motor Rifleman is that the ceilings on these things are low, really low. Unlike the T72, the only way I could physically sit upright inside was with my head out of the top hatch. You can see why there is an infantry height limit. 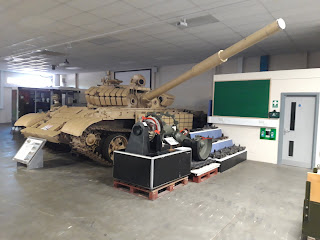 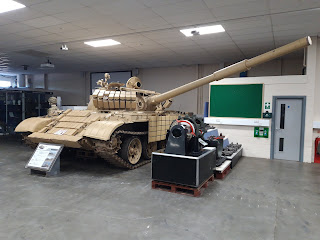 A rather nice Iraqi T62, covered in reactive armour. This vehicle is quite a bit taller than the T72. There wasn't any obvious access point so I didn't get inside the turret. 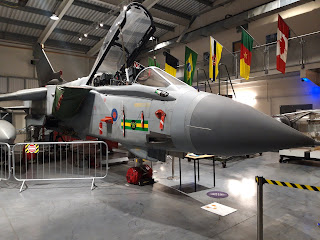 There were also a couple of aircraft, including this recently decommissioned Tornado. 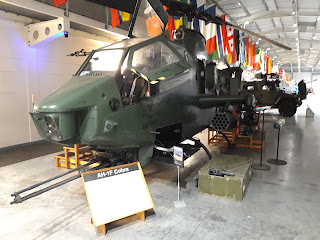 And this Cobra. Unfortunately the Harrier which used to be here has gone now. 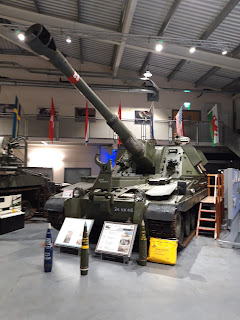 Finally there was the AS 90. 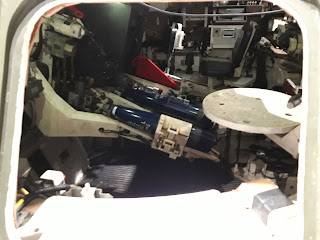 For such an enormous vehicle, the turret space was really restricted. I'm guessing this hatch is for loading or dumping spent cases, as you couldn't easily get in through it. You can see shells lined up for the auto loader.
The only easy access was through the rear hatch underneath the turret, but it was interesting to see such a key weapon system up close. Sadly these are obsolescent now and considerably out ranged by more modern kit.
All the toys were a fabulous bonus and a really fun addition to the weekend.