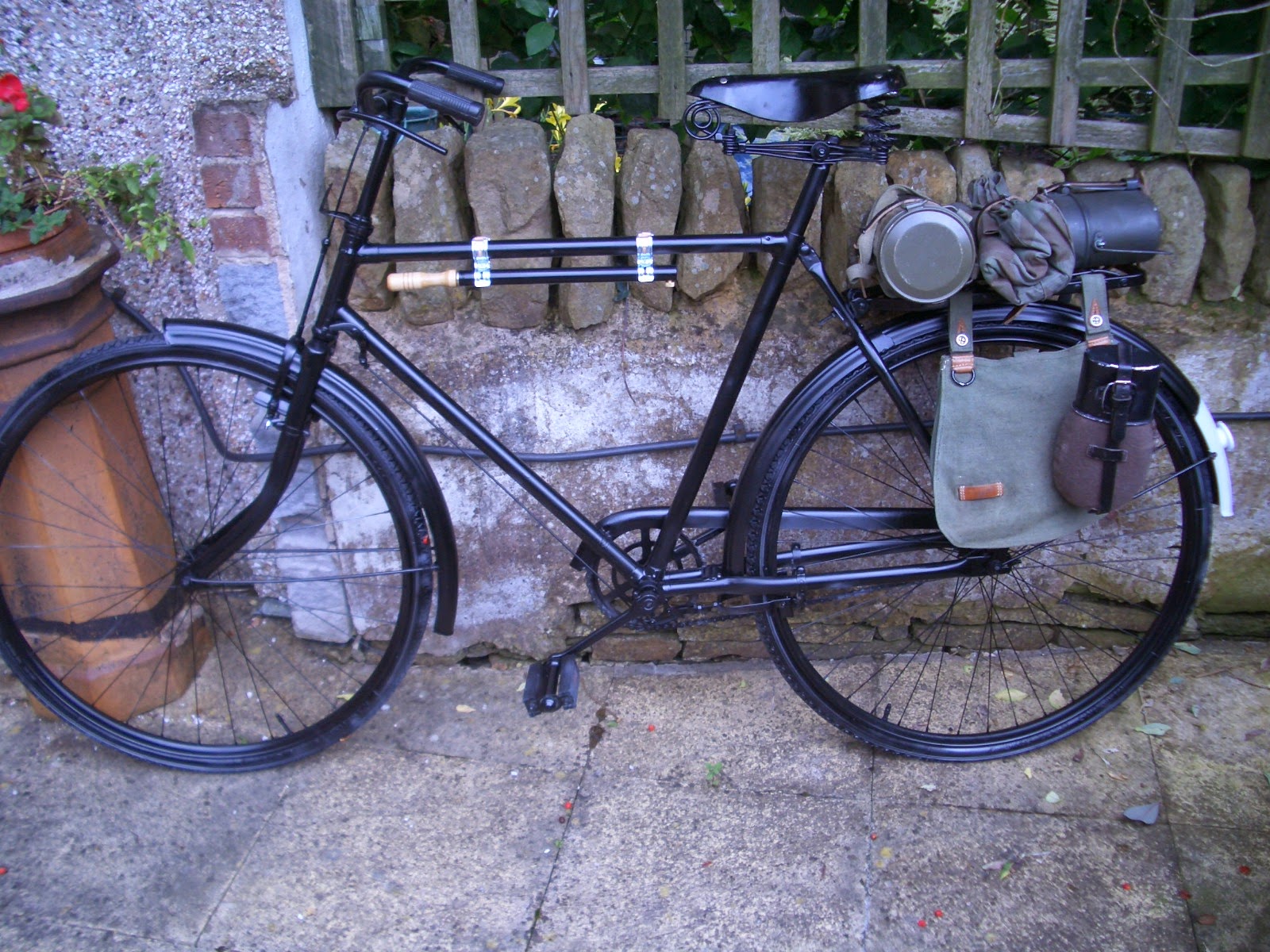 As a keen cyclist, I have occasionally toyed with the idea of getting a period bicycle for dressing up purposes, but the idea of restoring a rusty old wreck has always seemed like too much work. eBay however came to the rescue with a a supply of modern Indian made bicycles with many of the features of their 1940s counterparts. Even putting the Indian bike together was an 'interesting' exercise, so I've very glad I didn't go down the restoration route. So, on with turning a modern bike into a 1940s troop carrying bicycle, or 'Truppenfahrrad'.


So there we have it, a vaguely passable 1940s style troop carrying bicycle. It isn't a perfect repro as really it needs a fixed rear wheel rather than a single speed plus a dynamo front light, a fixed wheel would also remove the need for a rear brake, but is good enough for now and I've got a couple of events coming up later this year where it can hopefully have an outing.