Bob has published my old Nugget article on The Battle of Cambrai which was itself based on Operation Uranus. Bear in mind I ran this game a rather alarming 16(!) years ago, but the progress of the game was recorded for posterity by the miracle of digital camera technology, which was a bit of a novelty in 2002.

As might be expected, the massed armour rolled over the Germans, although the game was not without its distinctly sticky moments. The photographic evidence reveals rather poignantly the ever diminishing number of operational tanks in the front line and the increasingly ragged progress once the main Hindenburg defences were reached, a couple of pillboxes in the centre proving extremely tough nuts to crack. 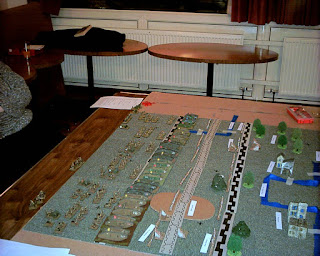 Initial setup. The first line is the outpost line, and second heavy trench line is the main Hindenberg Line and an anti-tank obstacle. The two zones to the left are the British deployment area. 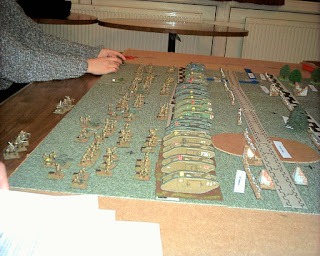 Closer view of the tanks. Interesting mix of Greens and Browns there! The 15mm tanks are deployed in the north (they are further away so are smaller). The plastic tanks are a mixture of Emhar and Airfix, the later minus their trails and doing passable impressions of Mark IVs. The infantry are lined up in support, restricted by the stacking limits, a brigade from each division forming the first wave. The cavalry can be seen waiting to exploit the inevitable victory. 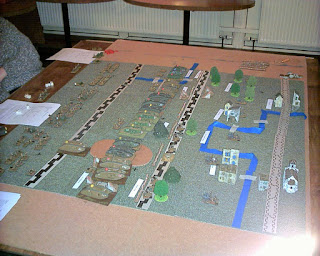 Turn 1. The outpost line is obliterated by hundreds of tanks. Eagle eyed readers will notice that one tank unit has already stalled on the start line. Some Germans have popped up in the HKL (spotted from the hill) and the German reserve line behind the canal is visible. 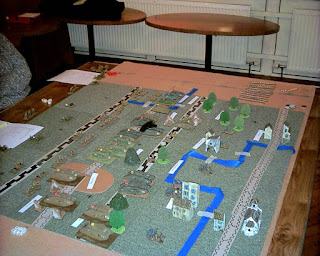 Turn 2. Things are a bit sticky in the north, but the tanks press on in the south. One tank unit has already been destroyed by the main defences as the infantry follow the tanks up. 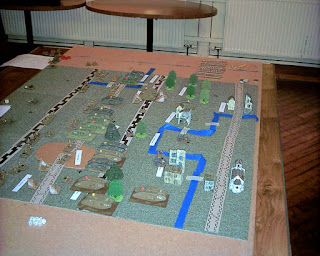 Turn 3. Reasonable progress in the south as the German guns are overrun. Stuck everywhere else. 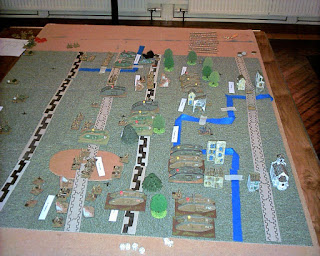 Turn 4. More tanks into the gun line, but Bourlon wood is bypassed in the north as it is proving a very tough nut to crack. 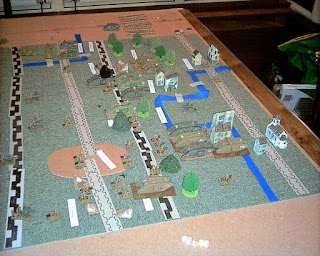 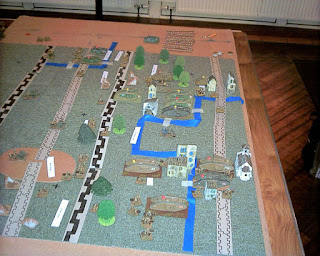 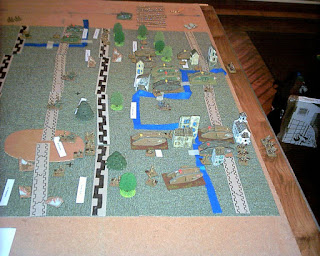 Turn 7. The cavalry pushes on to the green fields beyond and off the table. 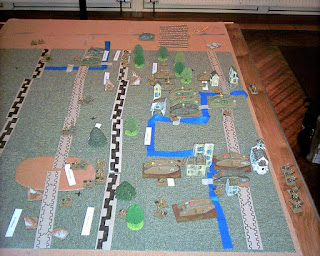 Turn 8. The bells ring out a great victory! The cavalry can be seen galloping off the right hand side of the table, while the British have achieved their 10,000 yard breakthrough.

So, despite the somewhat dodgy rules, a reasonably plausible result. I  later ran this at COW with eleven British players (one per division and two Corps commanders) with much the same outcome. I later made up some MDF trench systems to replace the cardboard ones. The main Hindenburg trench is much wider as it was designed as an anti-tank obstacle.