Every Christmas, the Sheffield Wargames Club usually has an extended game day, and this year it was on Thursday 27th December. Around 20 people turned up for the afternoon and evening with several games on the go. The club also laid on a buffet (as if we hadn't already eaten far too much!). 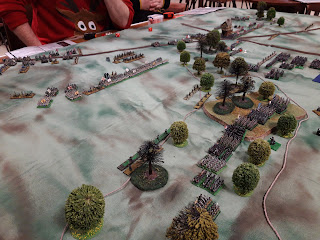 There was this rather grand Shako 6mm game of Quatre Bras. 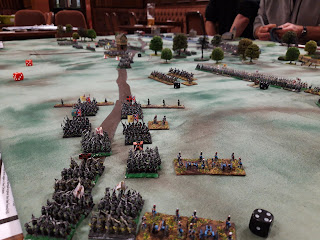 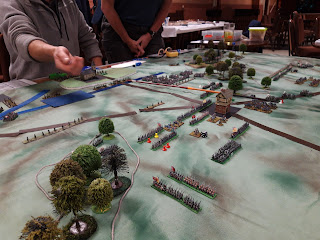 View from the Allied left as 'Ney' throws some dice. 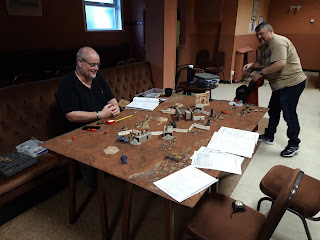 There was also a 28mm desert skirmish game. 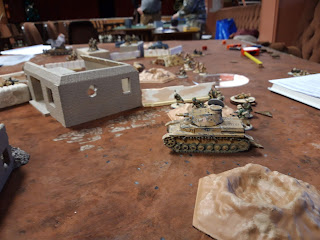 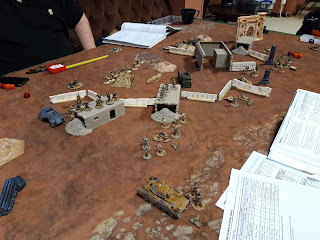 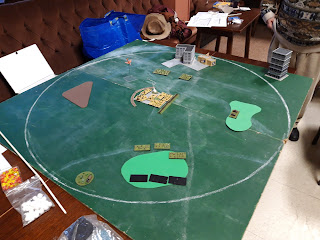 Nick and Jerry were playtesting a new version of Bush Horizon, this particular scenario featuring a circular table! 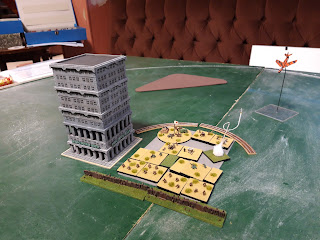 Jerry was defending this rather grand office building. 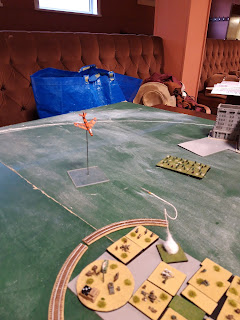 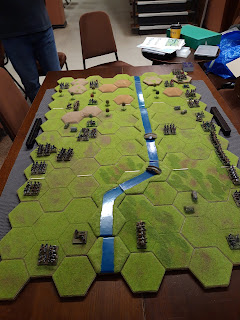 We rolled out a Command and Colours Napoleonic game - the Battle of Castricum (to be fully featured in a future game report). 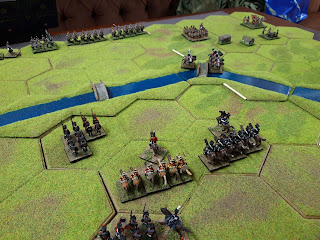 Here the brave French take on the wicked English invaders. 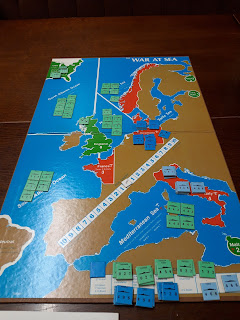 I brought along this nostalgic old game, AHGCs 'War at Sea'. Still a fun game even after all these decades. The Allies decided to contest every sea are on the first turn, while the Axis pondered a response. In fact the Italians came out to play, but devastating British air strikes crippled much of their fleet. 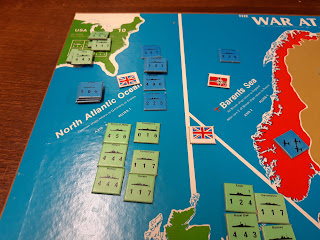 In later turns the shiny new Bismarck accompanied by Scharnhorst and Graf Spee (the Gneisenau had been sunk earlier) contested the North Atlantic. 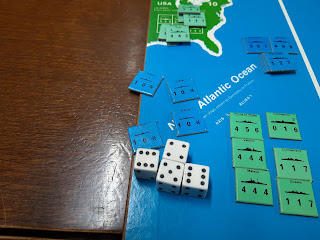 Allied ASW put paid to all their escorting U-Boats. Ouch! 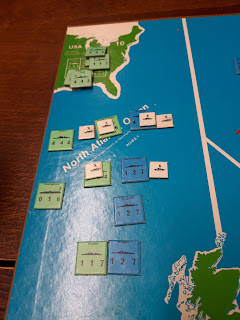 And in the bloody engagement which followed allied aircraft drove off Spee and Scharnhorst, while the Bismarck was crippled and Prinz Eugen sunk. We called it a day after a few turns as we were all tired, but it still rattled along well. Perhaps we can try it on a club night in future.

All in all a very pleasant afternoon and evening, and a nice way to ease out of the stress of Christmas entertaining.