Our new member, Diego, indicated he had an interest in the ECW so John put on a game using his 'Pike and Shot' rules which date from the late 1980s.  The battle chosen was Edgehill, which avid readers may recall we have already visited using both Neil Thomas Pike & Shot rules as well as Marsten Less. The general situation was therefore very familiar to the players.

Tim C and myself took the wicked Royalists, while Diego and Jerry took the defenders of parliament and demcracy. We played it with Johns very old 15mm figures. 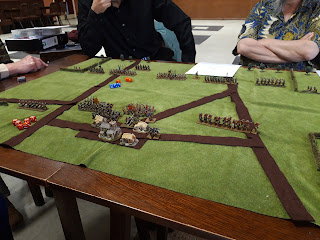 The view from the Royalist side. Massed Royalist infantry in the centre, horse on the flanks with the right wing led by Rupert. 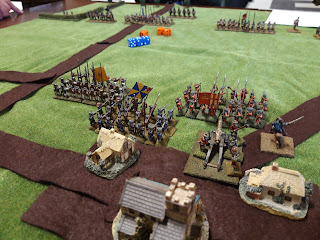 In this scenario, the Royalists have tired of waiting and have already advanced through their guns. I usually let them bang away a few ineffective shots first. The Royalsist are bunched into sort of mini-Tercios. I'm sure that will work well. 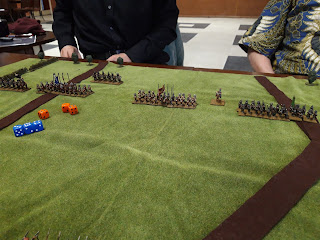 The rebellious parliamentarians in the distance. Their chaps seem to have rather more muskets than ours. Oh well. 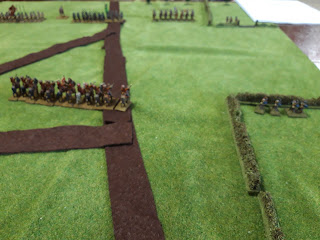 Over on the right, some dragoons cover Ruperts flank. 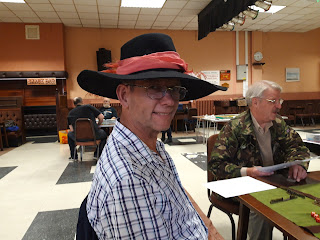 As ever, the game was a chance to get out some hats. Tim had this rather grand cavaliers floppy hat. 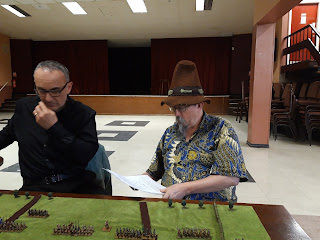 And Jerry had this magnificent felted Monmouth Cap with a brim. My own offering of a wool Montero cap bore a suspicious resemblance ot a WW2 US Jeep Cap. 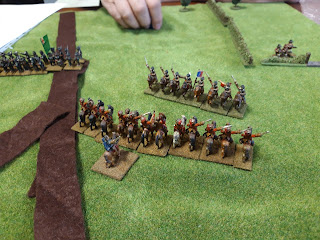 Our cavalry soon got stuck in, but the rebels turned an fled before crossing steel. 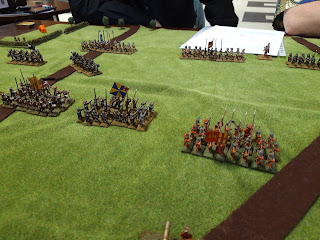 Meanwhile our foot pushed up in the centre. 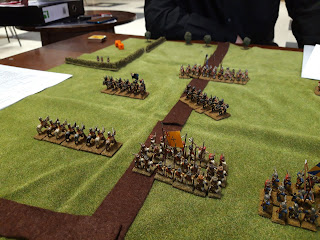 Providing close support to our outnumbered horse on the left. 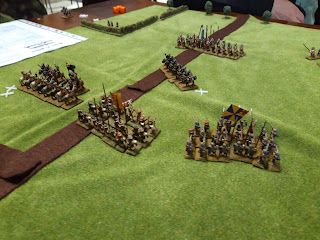 As our cavalry on the left engaged, the infantry managed to shoot up some rebels 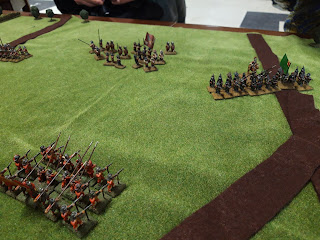 And in the centre, one rebel infantry regiment disintegrated and ran away. Hurrah! 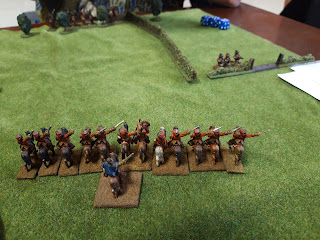 Astonishingly Rupert managed to restrain the cavalry from pursuing. 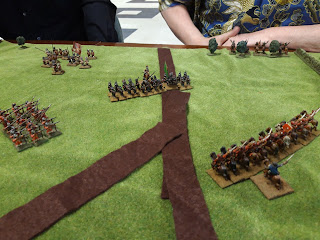 They hovered around a bit.... 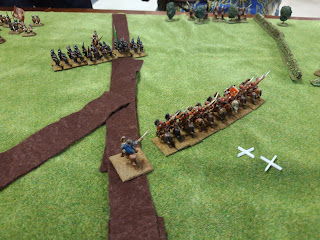 Then decided to have a go at the nearest rebel infantry. Sadly this proved to be a catastrophic mistake as their morale was rather high and they also proved to be excellent shots, felling Rupert with their musketry and breaking the cavalry. Ouch. 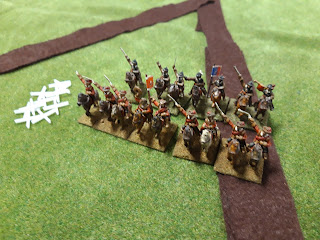 Over on the left flank the cavalry slog continued with both sides amassing lots of hits. 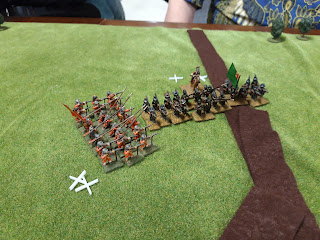 After the rout of Ruperts cavalry, the Royalist infantry were left engaged, but sadly these Parliamentarians were somewhat higher quality. 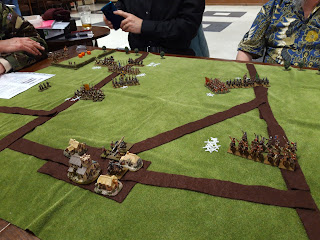 The pursuing Parlimentary cavalry were getting dangerously close to Edgehill by now, but over on the far left the battle was going the Kings way. 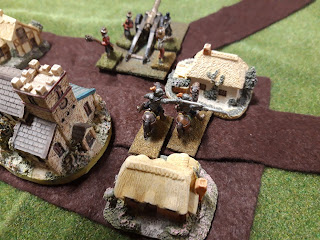 In the town itself the Gentlemen Pensioners had spent most of the day drinking and swapping jokes with the somewhat unemployed gunners (as most of the time they'd been masked by their own troops).

We drew hostilities to a close as an honourable draw. For a set of rules penned in the late 1980s, they gave a very reasonable and (and fairly modern) type of game and it was nice to see Johns old 15mm ECW troops which hadn't been out for some time.