Along with their PO-2, I thought the Russians could do with some fighters. Rather than the inevitable Rata (I have plenty of those in 6mm), I picked up a Lagg-3. A nice shiny new monoplane fighter in service in 1941 and served right through the war 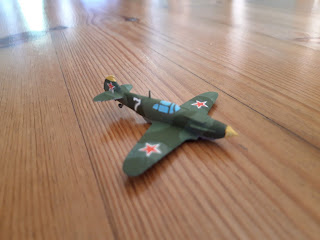 Here it is, it is really very small and looks a bit like a Hurricane with a Spitfire cowling. The kit was super simple and went together very easily, even the radio antenna post seems sufficiently sturdy to survive fat wargamers fingers. I chopped off the prop blades as they seemed a bit flimsy. 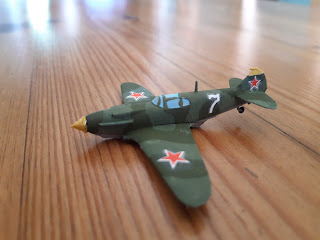 I borrowed the stars from another kit and it has come out looking very colourful. 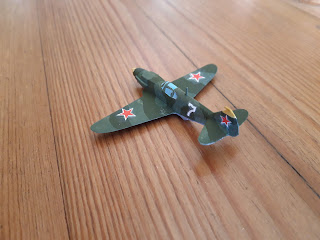 Like the PO-2, I did this one in light green/dark green (Humbrol Army Green and VJ Russian Green 894). I also painted in the canopy, the canopy struts weren't too hard to paint as they were well defined. 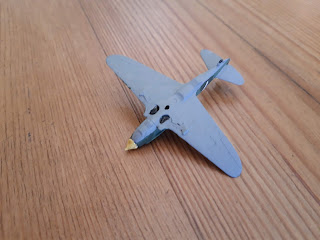 Usual plain grey underside (VJ Sea Grey). I did the undercart retracted with no underwing decals. 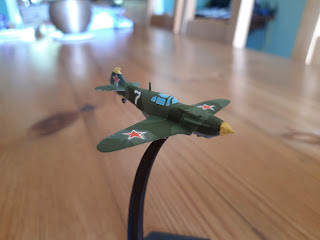 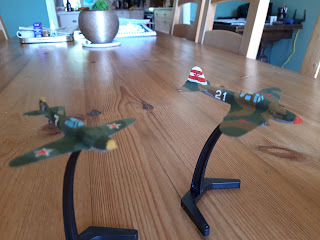 Ooer, whats this? Its got a friend. I picked up another IL-2 at the same time, because you can't really have just one Sturmovik. 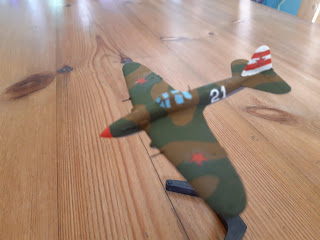 This one is a bit more colourful than my other IL-2. The stripy tail scheme is actually off a Lagg-5, but hey ho. This one is in brown/green camo (VJ English Uniform and Russian Green 894).  I used the black edged stars from the PO-2 on this one so the tail star would stand out.