The last of my holiday snaps! When you think of San Francisco, fortifications aren't the first thing which spring to mind, but one of its most famous landmarks, Alcatraz, was originally developed as a fort long before it became a prison. 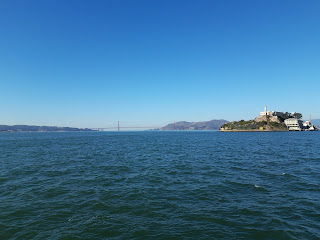 Alcatraz sitting in the middle of the channel leading to San Francisco Bay. Certainly a good place for some heavy guns.... 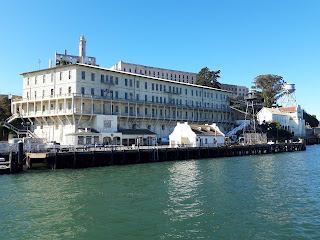 The buildings around the ferry dock wer originally military barracks, built in the 1860s. The lucky prison guards got to live here later on (they were fairly terrible family accomodation). The smaller white building to the right was the Officers Mess. 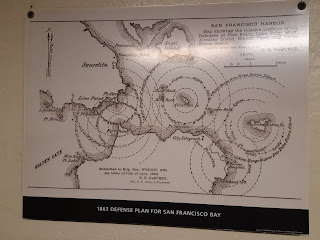 On the island is a small museum covering its military history. This handy maps shows the coverage of the artillery. Forts each side of where the current Golden Gate and Bay Bridges are, as well as on Alcatraz itself (the island in the very centre). At this time there weren't any huge bridges of course. 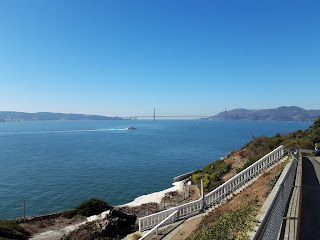 From one of the old gun batteries, it is a fair old way back to the Golden Gate, which gives are good idea of the realities of the ranges of mid nineteenth century artillery. 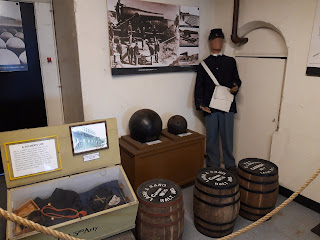 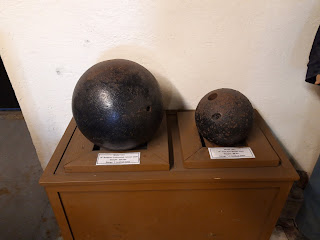 The largest guns on the island were 15" smoothbores. One of the 15" balls is on the left. 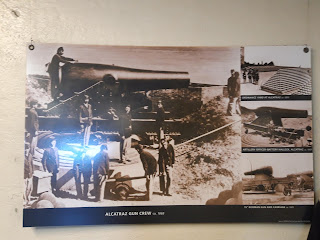 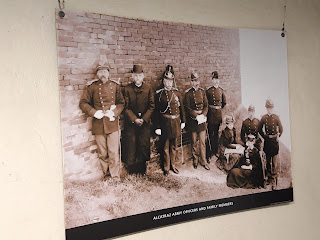 A photo of various US Army offices. It amused me how many were wearing Picklehaubes. I hadn't realised that the Prussian-mania after 1866 and 1870 had reached the US too. 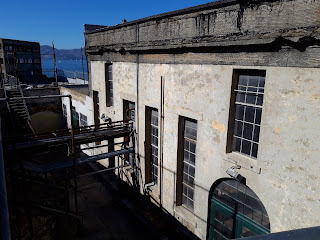 This was a power plant constructed later in the forts history. 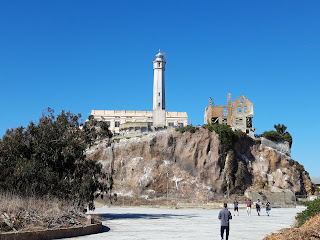 This flat area in front of the prison was originally a large gun battery. It was later concreted over and more modern accomodation blocks constructed for the prison guards. These have all been demolished now. 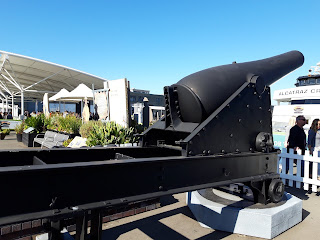 Back at the ferry dock is one of the surviving guns. This one is 'only' a 10" gun. 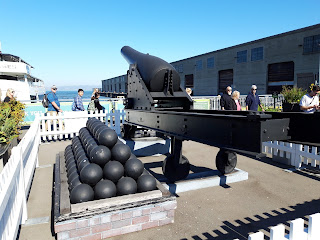 There is something very appealing about Victorian era technology, very bold, brash and Steampunk. 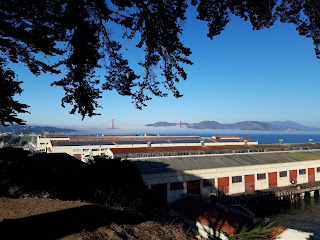 This is the view of the bay from Fort Mason. This wasn't one of the original harbour forts, but a later construction and mainly used as an assembly area for troops embarking in WW2. 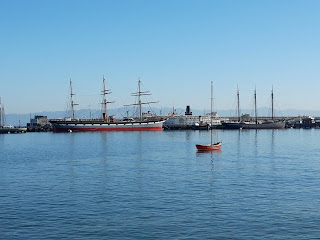 There is a nice view of the Maritime Museum from the bottom of Fort Mason (and just beyond it are docked the USS Pampanito and SS Jeremiah O'Brien). 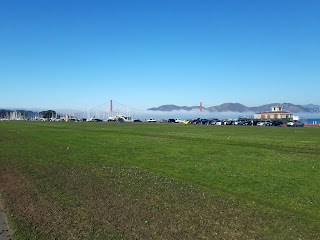 This is the remains of Chrissie Field, an early twentieth century airfield. It was established as an operational airfield by the US Army as an adjunct of the Praesidio in 1921 and finally closed in 1974. 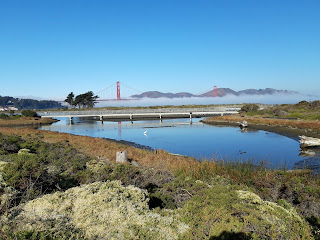 Much of the site has now been designated a nature reserve, mainly salt marshes. 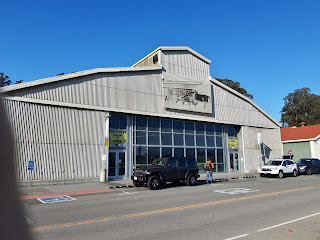 Many of the old hangars remain, now converted into workshops and retail outlets. 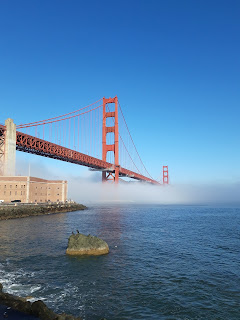 This is one of the Victorian forts at the south side of the Golden Gate (the forts preceded the bridge!). 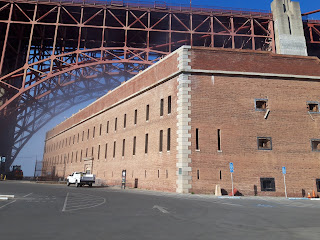 For those familiar with Fort Southwick et al around Southampton, it is a classic brick built late nineteenth century fort, bristling with gun ports. It doesn't have a gigantic moat around it though (although maybe that was filled in for the car park). 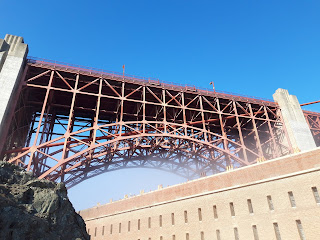 The bridge towers above it at this point. I misread my directions at this point and thought it was 2.4 miles to get up on to the bridge. In fact it was only 0.4 miles. Oh well. 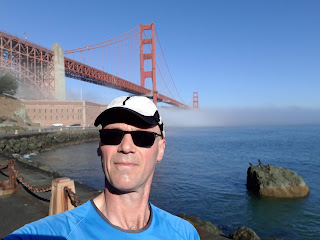 It was too foggy to see its counterpart on the other side. The artillery coverage map earlier gives an idea of how narrow the channel is here. I ran here from the Bay Bridge, hence the strange attire.