Spring is here, and it is time to paint

Regular readers may have noticed a dearth of modelling posts in recent months. I often lose my painting mojo over winter, and retreat into the festive season making the most of the short days instead. This lockdown winter has been particularly tough, and while I've kept up my regular gaming sessions with my pals from Sheffield Wargames Society and Wargames Developments, putting on the odd game has been my sole wargaming activity and I haven't picked up a brush in months.

Anyway, things are changing. The sun is appearing more often (in between the howling gales, and torrential rain/hail/snow storms), the days are longer and I got my jab a couple of weeks ago. 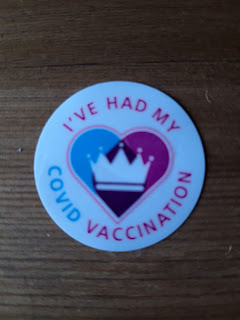 Hooray for the National Health Service! And we can actually start to meet up with people outside again soon.

I often start painting projects in spring, it used to correspond with a bit of a shopping spree at Triples, and there is something about it being a bit lighter during the day which encourages me to get the paint brush out. I have a few projects I've been meaning to get around to for a while, mainly aimed at filling some odds and ends in for particular games I have planned. This was kickstarted with this little gem last week: 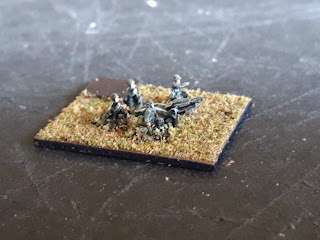 One of my old H&R 75mm pack howitzers with a paratrooper crew, rebased onto my more modern bases. 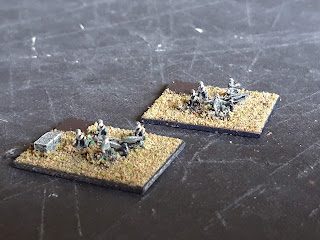 And there are suddenly two of them. What could they be for? Well, you'll just have to wait and see, 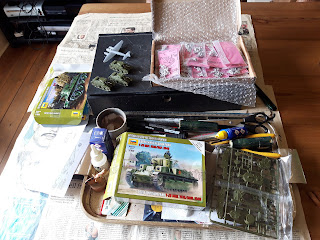 Anyway, various delivery organisations have been dropping off parcels this week (aren't modern logistics wonderful). Aircraft, tanks, infantry, support vehicles and with more on the way next week. Plenty to keep me going over the new few months, and plenty of new material for some mid-week modelling posts.
I was particularly excited to discover that Zvezda do a T-28 with two turret options (thanks Tom), even if it looks like one of their more complex kits on opening the box. I did notice a bit of a shortage of Zvezda stuff online, possibly a victim of Brexit? Who knows. I managed to get most of the stuff I was after, and I've also got some of the re-sculpted Peter Pig figures to play with. 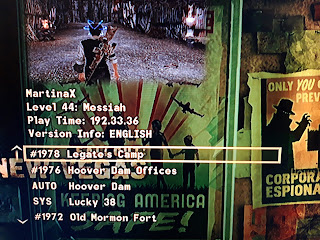 So what on earth have I been doing all winter when I haven't been playing wargames? Hmm, well apparently racking up over 192 hours of play on Fallout: New Vegas, Ultimate Edition. Thoroughly recommended, and they really don't make computer games as intricate as this one any more. I have managed to bring peace and stability of a sort to the post nuclear wasteland around La Vegas now, so it is time to put the Xbox away for a bit and do something else. Still a couple of DLC quests to do, so I may come back to it at some point, but not for a while.