Well, the RAF had got some proper planes for the western desert, so time to sort out the Italians with some 6mm air support. 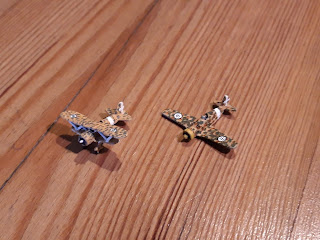 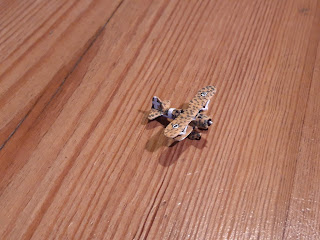 This H&R CR42 model is rather elderly and originally served as some of my Spanish Civil War Nationalist air support. It just needed a bit of tarting up and the correct markings adding.  The CR42 was essentially obsolete at the start of WW2, but like the Gladiator, it saw a fair amount of service in North Africa. 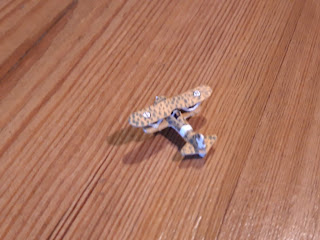 I had to repaint some sections of the original colour scheme to accommodate the Italian markings, but they basically came out OK.  The hardest thing was doing the wing markings which involved carefully painting a white circle over the top of the SCW black circle while leaving a little bit of black showing around the edge. I did the fasces with a micron lining pen. The whole marking is only a few mm in diameter. 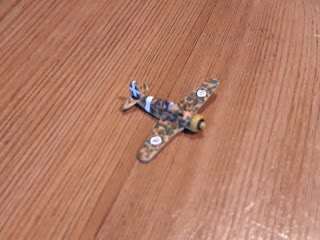 The Fiat G.50 was an early war fighter, but like the I-15, still had an open cockpit and was a far cry from Bf 109s and Hurricanes. It is considerably more modern than a CR42 though. The colour scheme is from 'Axis Aircraft of WW2' and tbh started off a bit of a mess until I worked at it a bit. It is supposed to be green and brown camo sprayed over sand. The yellow cowling and spinner set it off nicely though, as does the fuselage band. The wing markings were a bit easier to do on the G. 50 as they are larger. For these I painted the white circles then did both the fasces and the edging with a micron pen. 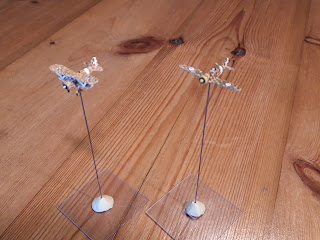 Here they are patrolling the dining table. The radial engines give a nice contrast on the front of the fuselage.
Both nice additions to my 6mm Italians, and both aircraft considerably smaller than a Hurricane.