On the recommendation of a number of trusted pals I recently bought a copy of 'Battlegroup!' by Jim Storr, published by Helion. 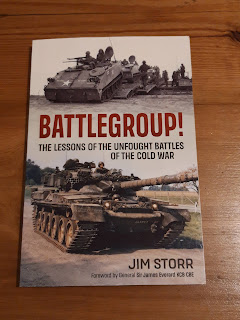 It primarily covers NATO tactical doctrine and equipment up to Battlegroup (battalion+) level, but does cover some strategic and operational aspects of the Central Front. It is a mixture of Operations Research, experience from numerous NATO exercises across multiple nationalities and results of over 200 tactical wargames played using the WRG modern set exploring different tactical options and force structures.
I really can't recommend it highly enough, and being a numbers person, I was particularly taken with the quantification of the critical success factors for offensive operations (recce, air superiority and surprise) as well as the detailed examination of the differences in US, British and Bundeswehr doctrine and conduct of operations at unit and formation level. Much of the Bundeswehr practice was based on WW2 approaches to fighting the Soviet army and captured in early Bundeswehr manuals which sadly haven't been translated into English. 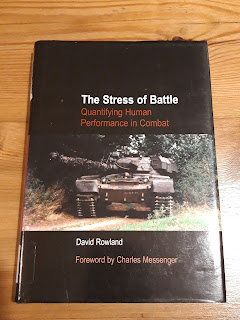 At a tactical level, many of the findings chime with Rowlands "The Stress of Battle" , particularly the disproportionately high effectiveness of dedicated anti-tank weapons against armour (as opposed to the concept of using tanks as AT weapons pushed by tank manufacturers and cavalry officers). Perhaps one of the hardest things to game is the inability of infantry to fight forward against interlocked MG positions at the right density. Numerical superiority is irrelevant as the beaten zones of the MGs simply pin (or kill) any number of infantry who enter them, and the only way forward is with lots of indirect fire support and/or direct gunfire from tanks or assault guns. Phil Sabins 'Fire and Movement' models this neatly at battalion level, a does AHGCs 'Squad Leader' to a lesser extent. 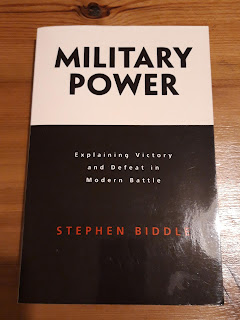 A lot of the numbers fitted in with the combat model postulated by Biddle in "Military Power" , particularly the influence of infiltration/manouvre tactics (as opposed to attrition) on combat outcomes. Battlegroup! outlines exactly how small forces can defeat much larger ones through the application of manouvre tactics, rather than just observing it as a force multiplier in numerical Operations Analysis.
Jim was attached to a BAOR armoured brigade for a while which was attacked (on exercise) and comprehensively outmanouvered and defeated by a Bundeswehr panzer brigade. The British tankers were defeated so comprehensively that the entire brigade was written off for the rest of the exercise, and hiding in his slit trench with scores of Leopards and Marders roared past, plunging deep into the British operational rear clearly made a strong impression on him! 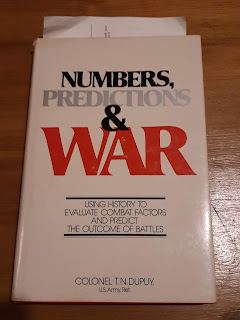 And finally the numbers relating to air superiority and surprise fitted in well with the model in Dupuys elderly 'Numbers, Predictions & War'. Surprise is a huge force multiplier (Dupuy estimated at least a factor of three, declining over time), and Storr also rates it as the most significant indicator of a positive combat outcome. In the absence of hidden movement, surprise is also very hard to model in tabletop wargames. Dupuy neglected the role of recce in his combat model, but Storr identifies it as a critical enabler of surprise as it both enables a force to identify opportunities for surprise, while denying those to the enemy. A surprising conclusion is that the main effect of air superiority on ground operations is not so much  ground support and interdiction, but that it allows more effective recce. Ground support does have a big influence in specific operational circumstances (breakthrough operations), but at a campaign level, it is air recce which has a bigger effect.
All this got me pondering a bit about some of my existing rules. I had a bit of a fiddle around with NBC WW2 to better reflect the difficulties of assaulting unsuppressed infantry, but it also inspired me to do a bit of shopping as I wanted to play around with some Cold War tactical combat (my toys are all based for grand tactical and operational). 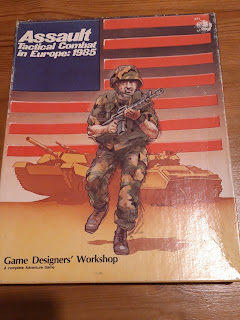 I bought Assault when it first came out, but sold it some years later. It is a similar level to Command Decision with platoon sized elements, company manouver units and battalion/regiment sized formations. It bears some similarity to CD but also has many differences.
I had a bit of a trawl on eBay and managed to find a used copy in the UK for a reasonable price (some of the US sellers wanted ridiculous amounts). 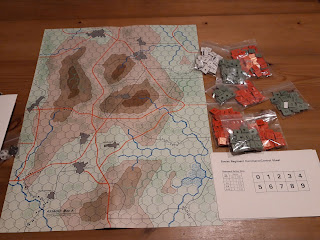 Ah yes, it is all very familiar, even after all these years. I used to have a  lot of fun with this. The US forces are all a bit hi tech with M1s, M2s and M3s, but the Russians have T64 and 'T80' which in fact looks suspiciously like a T72B as well as familiar BTR and BMPs. I think there was a bit of confusion about Soviet tank nomenclature in the mid 1980s when this game was published. It will be easy enough to plug in the stats for M60s and T62s should I want to play with something a bit less overpowered, but I mainly want to try out some different tactical approaches based on those outlined in 'Battlegroup!'.
Anyway, Battlegroup! is highly recommended to anyone with an interest in late twentieth century warfare or Operations Research.
Now I need to hunt down both the Eike Middledorf books published in the 1950s and referenced by Storr (Taktik im Russlandfeldzug and Handbuch der Taktik. Fuhrung und Gefecht) and try out my rusty German on them.