I have been to.... Kelham Island Museum

At the recent May Bank Holiday our daughter came to visit and we dropped her off to meet some friends at Kelham Island, the old industrial heart of Sheffield on the river Don near where the Norman castle used to be. It is now a super trendy waterfront development full of apartments and bars, but it also has an excellent museum covering the development of industry in Sheffield.

We had walked around the area a lot during lockdown thanks to some excellent audio guides, but the museum had been closed to the public. As we were there, we took the opportunity to visit as we'd not been to the museum for years. 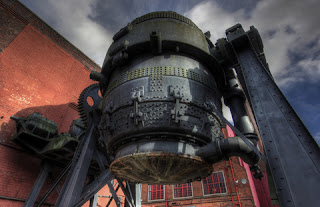 It is fairly hard to miss as it has a massive Bessemer Converter outside. 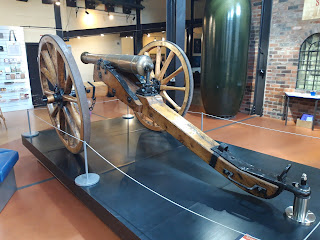 At the entrance are a pair of 1795 6pdr bronze guns, the carriages were damaged during the 2007 floods (the museum was flooded along with much of the surrounding area) but they have been restored. 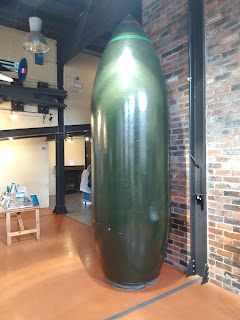 Sheffield was  major production centre for weapons, armour plate and munitions in WW2, which was why the Luftwaffe kept bombing it. This is the business end of a Tallboy 10 ton bomb, minus its tail fin. 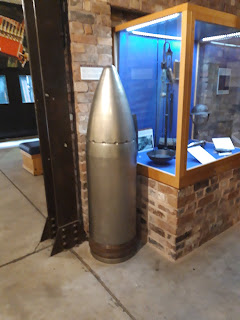 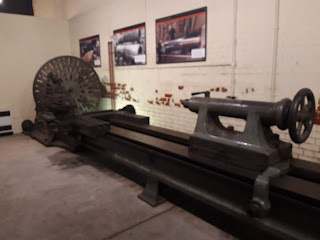 And a barrel turning lathe.
Along with munitions, Sheffield was also a major producer of iron and steel and associated steel products, although it has declined considerably today and now focusses on specialist steel rather than bulk steel. 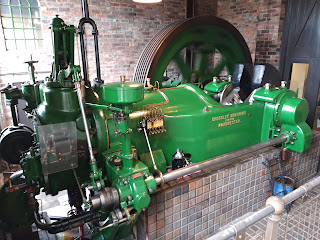 This is a Crossley gas engine, which drove a steel pipe rolling mill until the 1970s. 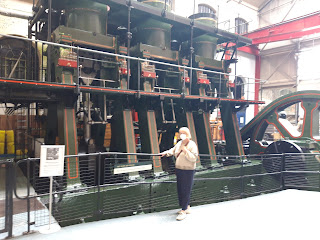 This is the massive Don River Engine, the largest working steam engine in the world. It was used to drive a big steel rolling mill. 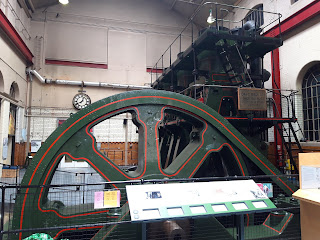 It really is vast, and runs for three minutes every hour. When it is operating, the ground shakes. 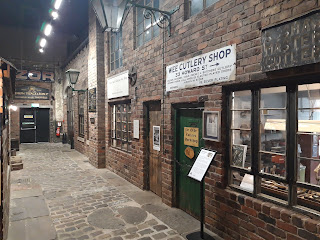 We hadn't been to the museum for years, and there were some new sections, including this example street of various types of of craft metal workshops (cutlery, tools, watches etc). 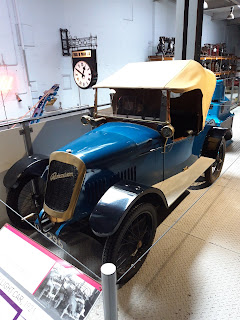 There was also a transport section with a few examples, including this delightful car. 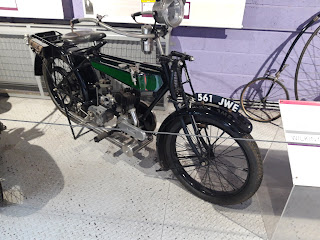 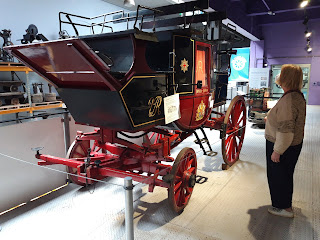 And a stagecoach! It really doesn't look very comfortable.
It was a very pleasant way to spend an hour or two and we had an excellent lunch in the museum cafe, which was really very good indeed. Recommended if you at a loose end in Sheffield. Website is here: http://www.simt.co.uk/kelham-island-museum